It's not for the sticking as many pegs on his face as possible! 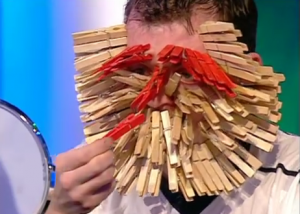 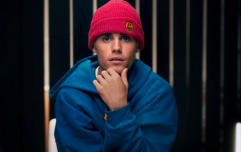 END_OF_DOCUMENT_TOKEN_TO_BE_REPLACED

This is what we think of when we hear the words Guinness World Record but Bieber has broken records within music, of course.

It's no surprise that Justin Bieber is one of the most successful artists in the world, especially since his huge success over the past year, with a change of style which attracted a completely different fan-base from the young girls who first heard him sing on Youtube.

But we were not expecting him to hold so many world records, many of which are off the back of his album Purpose.

Winning 8 records in one year must be a record in itself.

Guinness World Records official Instragram shared a picture of Bieber with all his awards. 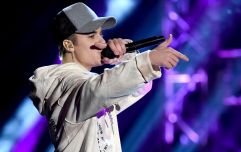 The lyrics of Despacito translated into English are seriously creepy

END_OF_DOCUMENT_TOKEN_TO_BE_REPLACED

"Beliebers rejoice - Justin Bieber sings his way into the new#GWR2017 book with a set of 8 record titles!"

His new world records are:

Most streamed track on Spotify in one week

This was for his song What Do You Mean which  it was streamed a ridiculous 30,723,708 times over seven days.

Most streamed album on Spotify in one week.

In December 2015, a record of 17 of the singers tracks had featured on the Billboard Hot 100. This includes Love Yourself and Sorry.
Most simultaneous new entries in the Hot 100 by a solo artist.

13 songs from the huge album Purpose featured on the list at one time.
First act to occupy all top three positions simultaneously on UK singles chart.

Advertisement
Huge hits Love Yourself, Sorry and What Do You Mean? stormed the UK charts in 2016 in placing 1st, 2nd and 3rd in the order.
Most followers on twitter (male).
The Canadian artist has 85,235,563 followers and counting.
Most viewed music channel on YouTube (individual).
This is probably one of the most rewarding records for Bieber considering Youtube is where it all began. His Vevo channel currently has over 10,478,651,389 views.
Most subscribers on YouTube for a musician (male).

The singer currently has 20,711,202 subscribers on his YouTube Channel JustinBieberVEVO.

"A team of Guinness World Records staff and an official adjudicator recently presented Justin with certificates celebrating his magnificent record-breaking achievements before one of his sold-out shows on the Purpose World Tour at Madison Square Garden in New York City. "

popular
Vogue Williams slams man who refused to swap seats with her on plane
Joe Swash helps 95-year-old woman and carries her to hospital
New Zealand family find two bodies in second hand suitcases
Crown Paints advert receives 200 complaints over 'misogyny' and 'everyday sexism'
Are we getting a mini heatwave in September?
Adam Collard allegedly attacked on night out with Paige Thorne
Ryanair, easyJet and BA issue warning to anyone boarding with smart bag
You may also like
2 months ago
Hailey Bieber gives update on Justin's facial paralysis: "He's going to be okay"
2 months ago
Justin Bieber updates fans on "horrific" facial paralysis
2 months ago
Justin Bieber opens up about Ramsay Hunt Syndrome diagnosis leaving his face paralysed
3 months ago
Justin Bieber opens up on emotional breakdown after marriage didn't "solve his problems"
4 months ago
Millie Bobby Brown and the sexualisation of Hollywood's teenagers
4 months ago
Hailey Bieber: "I'm not pregnant, leave me alone"
Next Page