Meghan Trainor has revealed that she and Harry Styles have recorded a duet together (no doubt breaking a few hearts and reigniting those split rumours).

The All About That Bass singer told The Sun newspaper that they have written and recorded a love song called Someday Maybe.

She explained: “It’s real! It’s a duet. It’s a beautiful song we wrote together on my ukulele… It’s a cute acoustic love thing.”

END_OF_DOCUMENT_TOKEN_TO_BE_REPLACED 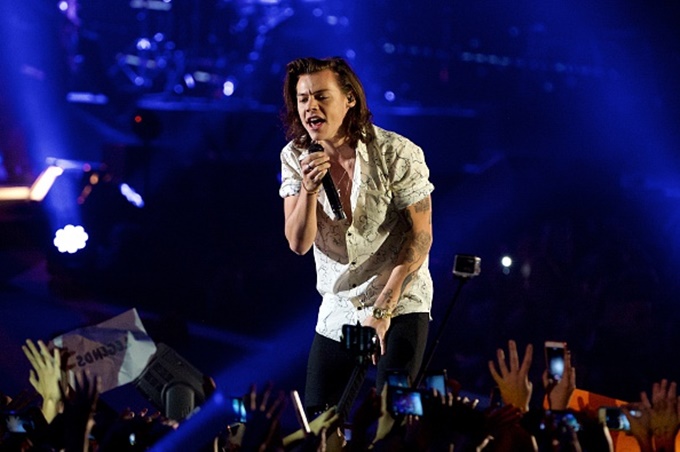 Meghan, who said that the tune might not be released due to his commitment to One Direction, added that she was pretty impressed with the heartthrob’s writing skills.

The 21-year-old star said: “I was worried he’d just be a 20-year-old boy. So I walked in with a prepared verse and chorus. But he gave me very poetic, mature lyrics.”

popular
Strictly's Giovanni Pernice responds to dating rumours following split from Maura Higgins
The internet is saying the same thing after Ryan's Toy Show opening
Vicky Phelan says terminally ill people should have right to decide how to die
You can rent out the house from House of Gucci on Airbnb
The best memes from this year's Late Late Toy Show
What is the 'yassify' trend and why is everyone doing it?
We finally know what happened to Sam in And Just Like That
You may also like
1 week ago
Three months is plenty of time to fall in love, and to have your heart broken
1 week ago
Dermot Kennedy announces 2 huge gigs in Dublin next month
1 week ago
5 things you may have missed from Taylor Swift's All Too Well short film
3 weeks ago
Travis Scott says he is "absolutely devastated" after eight die at AstroWorld Festival
3 weeks ago
Westlife add second Dublin gig following huge demand
1 month ago
Westlife's brand new single is finally here and fans are going wild
Next Page