Collective tears were shed around the world when My Chemical Romance announced their break-up back in 2013. It was the end of an era and the world just wasn't the same without them.

Then on Halloween 2019, our spirits were lifted when they shared the news of a reunion tour  - only for us to be left hanging again when Covid hit and ruined everything.

But now, in 2022, not only are we finally getting the concerts promised two years ago but the band are actually BACK with new music. And it's time to don the black eyeliner again. 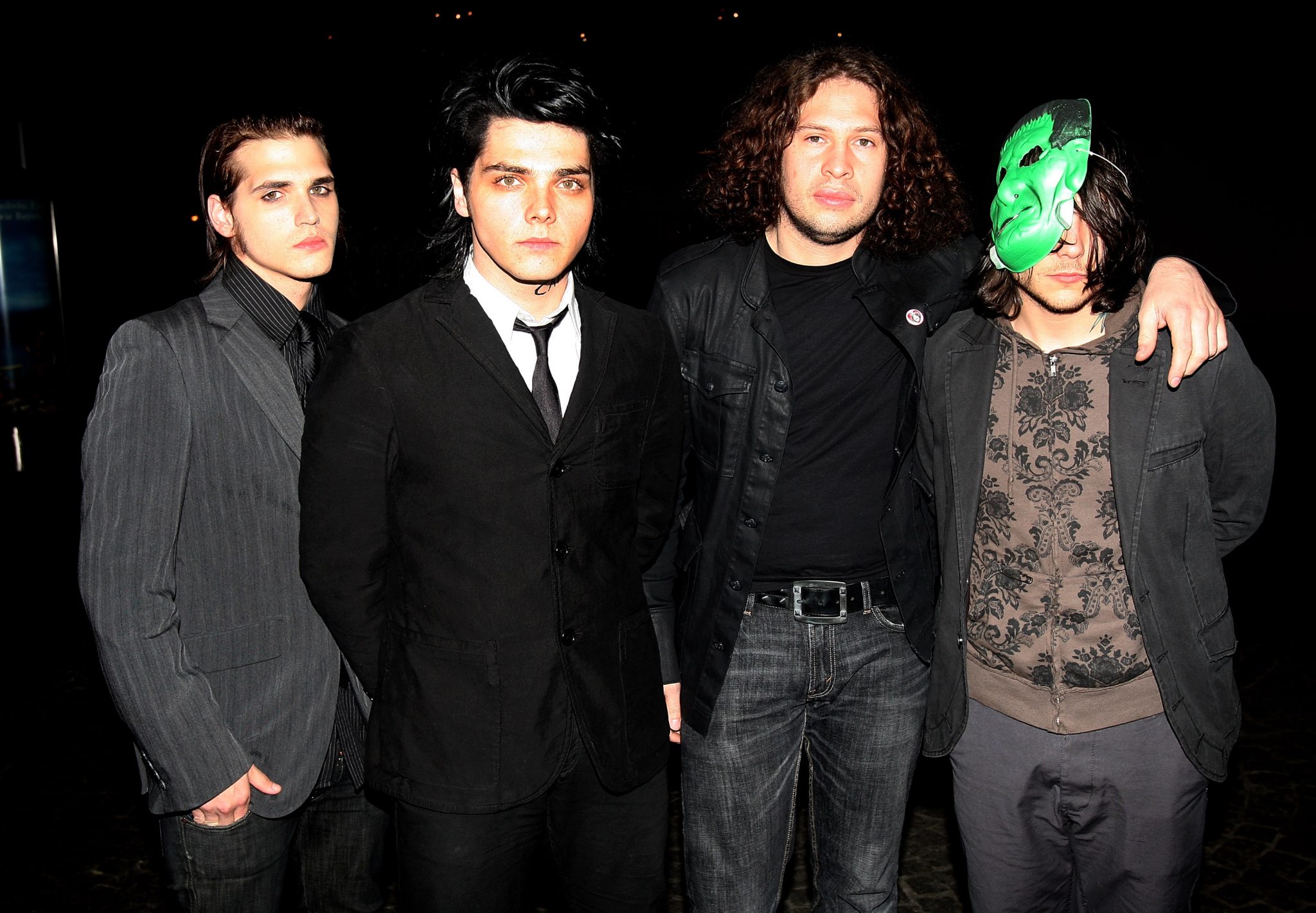 END_OF_DOCUMENT_TOKEN_TO_BE_REPLACED

The six-minute track, titled The Foundations of Decay, landed on Spotify on Thursday night. It was totally unexpected, frontman Gerard Way did reveal last year that he’d been working on new material, but he didn’t say whether it was for My Chemical Romance, a solo project, or something else.

It instantly transported us right back to our emo heydays of dyed black hair, sideswept fringes, and skinny jeans - all with that old-school My Chemical Romance sound we missed so much.

Naturally, those who were around at the time (elder emos, as they call us) are absolutely losing it.

my chemical romance just dropped a 6 minute banger of a fucking song for the first time since 2014, i’m pic.twitter.com/3OO3sk77s6

help my fringe .. it’s drooping over my eyes .. my hand .. is uncontrollably reaching for eyeliner .. why

dear god there is a new my chemical romance song

As one fan put it on Twitter: "I cannot believe that My Chemical Romance just dropped a song out of nowhere, absolutely no build up to the release at all and it's still sending every fan into a frenzy."

So why have the group had such a lasting impact on fans all the way into adulthood?

Bands will always have fandoms, but not every band manages to keep a strong fanbase post break-up. Something always felt a little different about the fans of My Chemical Romance - or the self proclaimed 'MCRmy'.

For all the frenzied fans freaking out over the new song, counting down the days to til the reunion tour, it's not just about nostalgia alone. 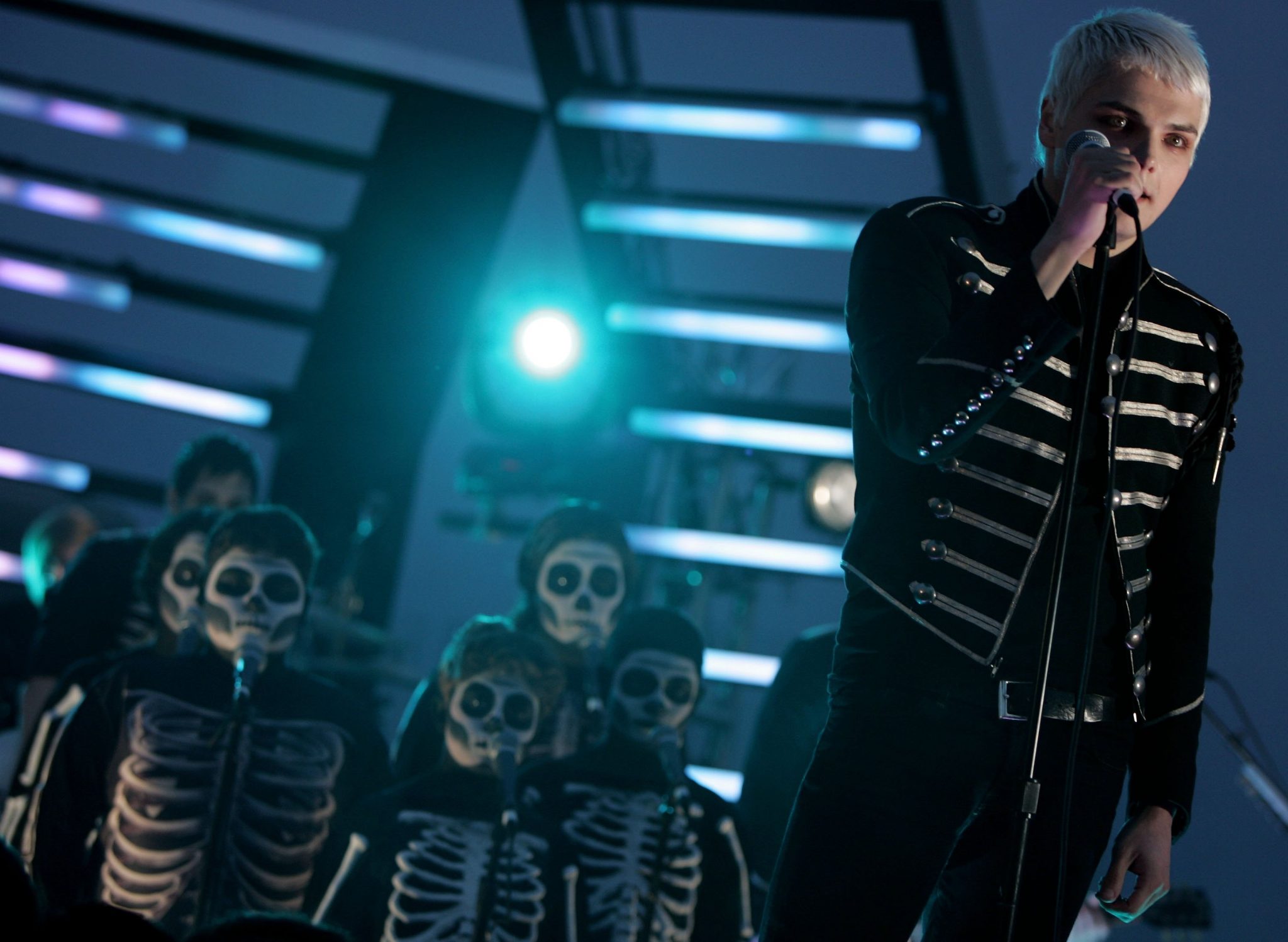 To so many people, My Chemical Romance were more than just a band. Their lyrics sang to the misfits, the outcasts, those who felt a little different or like they didn't fit in - their songs were a coping mechanism for teenagers struggling with their mental health.

The band have always been open about the issues that affected them, like depression, addiction, and even gender identity. Suddenly, thousands of people felt like they weren't so alone.

They somehow managed to make a generation of kids feel seen and heard. And we clung to their every word, lyric, and action.

If emo was a cult, Gerard Way was the leader.  His onstage persona was charismatic and theatrical, but also honest. He represented the underdog, which really resonated with the youth of that time.

There's been talk of an emo revival for a while now, some will say that it is already among us. And it's influence can definitely be seen in mainstream today  - but artists like Machine Gun Kelly just ain't gonna cut it for me.

So are My Chemical Romance on the way back to reclaim their crown as kings of the emo scene? Please god, yes.

popular
Traditional names such as Mary, Maureen, John and Michael may soon be extinct
Doctors urge women not to follow Kourtney Kardashian's 'semen' fertility advice
Husband of school teacher killed in Texas shooting dies of heart attack
Two My Chemical Romance fans get engaged at Dublin gig in viral TikTok
Two racehorses die after escaping from Dublin field
Bridgerton's Ruby Barker hospitalised amid "mental health struggle"
The 2 Johnnies share unbelievable catfish ordeal as woman 'targets 40 people'
You may also like
1 week ago
The six Eurovision countries with "irregular voting patterns" have been revealed
1 week ago
Eurovision producers reveal "irregular voting patterns" during Saturday night's final
2 weeks ago
Nick Cave pays tribute to son Jethro, who has passed away aged 31
1 month ago
Music festival in honour of Caroline Flack to take place this summer
1 month ago
"It means everything to me:" Sigrid on her upcoming album and learning to let go
4 months ago
Fans convinced Love Island's Chloe inspired new Kanye track
Next Page