If you knew that this anthem was actually a cover, then fair play.

Yes, 90s kids everywhere who mimed along to this banger while looking out the window of their school bus pretending to be in the music video (just me?) had their minds blown when they realised it was actually a cover.

Arguably Natalie Imbruglia’s biggest tune of all time, Torn, was ingrained into our minds in 1997 when it was released. 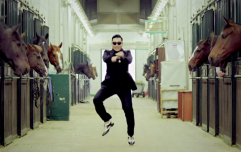 Gangnam Style is no longer the most viewed YouTube video ever

END_OF_DOCUMENT_TOKEN_TO_BE_REPLACED

However, we were left in a state of shock when we found out that it was actually a cover of another artist’s song.

In 1993, the song was written for Danish singer Lis Sørensen and was later recorded by rock band, Ednaswap.

However, the track didn’t garner much attention until a few years later when Natalie gave us all the feels with her version.

Yes, one tweet reminding people of that fact, revealed the truth to a whole host of other fans who were previously completely unaware.

Apparently the original artist is SR-71. Even “Torn” by Natalie Imbruglia is a cover. Mind blown.

Fact that will make you question reality: "Torn" by Natalie Imbruglia is actually a cover version.

First I find out that Natalie Imbruglia's version of Torn was a cover. Now this.

IS EVERYTHING I KNEW TO BE TRUE IN LIFE GOING TO BE TAKEN AWAY FROM ME?

I just learned that Natalie Imbruglia’s hit “Torn” was actually a cover and I feel way more betrayed by this than I should. #90smusic #90son9 #80sbaby

Obviously, we were then very curious to hear this original version, presuming it wouldn’t be totally unfamiliar to us.

And while the temptation to sing along is there, it’s just not the same as Natalie’s version.

popular
Bride asks for divorce day after wedding following groom's disrespectful cake stunt
Gwen Stefani reportedly pregnant with baby number four
Paige Thorne plans to have her implants removed as she opens up on her struggle with body image
Molly Mae fans are shocked after finding out how much Bambi's crib cost
Why Are Men so Obsessed With Boobs? The Answer is Pretty Surprising...
VIDEO: Just 18-Year-Old Channing Tatum Stripping at a Florida Club
You may also like
4 months ago
"Home alone" – Prince Louis memes are taking over the internet
5 months ago
Andrew Tate has – finally – been banned from Facebook and Instagram
6 months ago
Sonya Lennon reveals ‘judgement’ her daughter, 17, experienced when buying pregnancy test
7 months ago
Here's how to make Hailey Bieber's TikTok famous Strawberry Glaze Skin Smoothie
7 months ago
Mass in Mayo church goes viral after spooky incident happens over livestream
7 months ago
People on TikTok are making 'healthy Coke' with just two ingredients
Next Page