Peppa's a pig, but is she a GOAT in the making?

Peppa Pig has been on the telly for quite some time now, but she's fairly new to the music scene.

In 2019, she released her first album, entitled, well, My First Album. This summer saw her release her sophomore album, Peppa's Adventures: the Album. 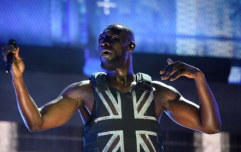 JUST announced: Stormzy will play the 3Arena Dublin next year

END_OF_DOCUMENT_TOKEN_TO_BE_REPLACED

Yet her newcomer status in the music industry isn't stopping her from bypassing established musicians when it comes to critical reviews.

The publication described Peppa's second record as "a charming and self-assured celebration of family, friendship, and muddy puddles," giving it a rating of 6.5.

Donda, on the other hand, was scored 6.0, with the review stating: "a significant portion of this album still sounds incomplete, searching for meaning everywhere and coming up impressively short." Jaysus.

Well, look at the material pic.twitter.com/Pi6nMCgIkO

Even the official Peppa Pig account weighed in, writing "Peppa didn’t need to host listening parties in Mercedes-Benz Stadium to get that .5."

This tweet referenced Kanye's promotional efforts, which included said listening party at the stadium in Atlanta, Georgia, back in July.

Sadly, the tweet was deleted, but screenshots are forever. The official account did keep a reply up to a fan who referenced the reviews though.

popular
Viewers left unimpressed after “ridiculous” Operation Transformation scene
John Travolta's Irish accent has to be heard to be believed
Suzanne Jackson forced to pull Ultra Dark tan from market in April
Parents of teen kidnapped by her ex give emotional statement as he's sentenced
Trains stop as "serious incident" occurs near Donabate
Women are rinsing their hair in apple cider vinegar – and the results are amazing
Irish people expecting babies via surrogate in Ukraine urge to contact Foreign Affairs Department
You may also like
1 day ago
Viewers left unimpressed after “ridiculous” Operation Transformation scene
6 days ago
A song from Disney's new Encanto movie is already a bigger hit than 'Let It Go'
1 week ago
Marvel actor Gaspard Ulliel passes away aged 37 in ski accident
1 week ago
Here is everything we know about the Desperate Housewives reboot
2 weeks ago
Cheer season 2 further highlights the vulnerability of its young stars
2 weeks ago
Desperate Housewives could be coming back - but what could we expect from a reboot?
Next Page