It's been several days since the Eurovision finale, and I'm still thinking about Mika.

Throughout the week, Mika did a stellar job of hosting, impressing fans with his language skills, displaying his charisma, and even indulging in some cheekier moments at times (Who could forget that hand gesture sequence?).

END_OF_DOCUMENT_TOKEN_TO_BE_REPLACED

As a host, he didn't neccesarily win unilateral praise - there were some naysayers on Twitter - but after his stellar interval performance, many were converted.

To an audience of millions, Mika packed in three classics - Love Today, Grace Kelly and Happy Ending - in a mashup alongside his new song Yo Yo, and I've had it on repeat ever since. Some fans declared Mika the real winner of the night, and I have to say I agree.

The arrangement in itself was nothing short of astounding. With the opening bars of Love Today, I was reminded of the hold Mika had on the charts in the mid 2000s, and from there, it only got better. The segue into Grace Kelly was prefaced with a nod to a cover of the song that was popular on TikTok last year, and as Mika joined in on the final "I could be brown, I could be blue..." I was transported back to 2007, and reminded of days walking into school with that song blaring on my iPod shuffle.

END_OF_DOCUMENT_TOKEN_TO_BE_REPLACED

After delivering his signature 'Ka-Ching', it was time for him to debut his latest single, Yo-Yo. The track is a departure from his earlier pop sound, but with a solid beat he dipped his toe into the realm of dance music, and we're excited to hear more new music from him. 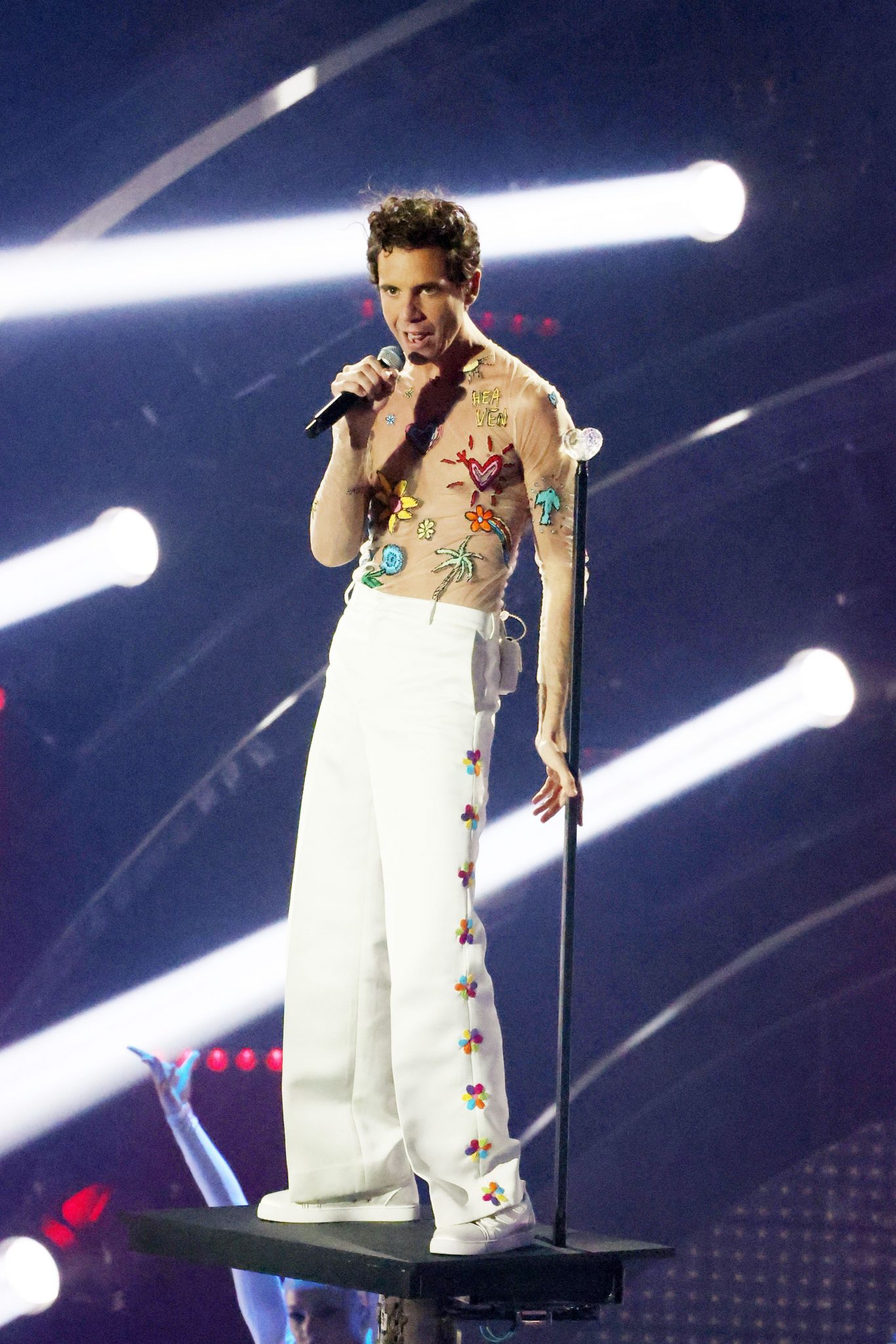 The arrangement came to a satisfying conclusion with Happy Ending, a track that best showcases Mika's impressive vocal range.

But it wasn't just his vocals that have us calling out for a global tour - it was the whole performance value. With rousing choreography, impeccable costuming, creative staging and a tasteful amount of pyrotechnics, any other performer may have been lost in the production, but not Mika. His easy stage presence and confidence meant that he stood out on stage, captivating every Eurovision fan tuning in. At the start of his career, music critics drew parallels between Mika and Freddie Mercury, and 15 years later, that comparison still feels apt. 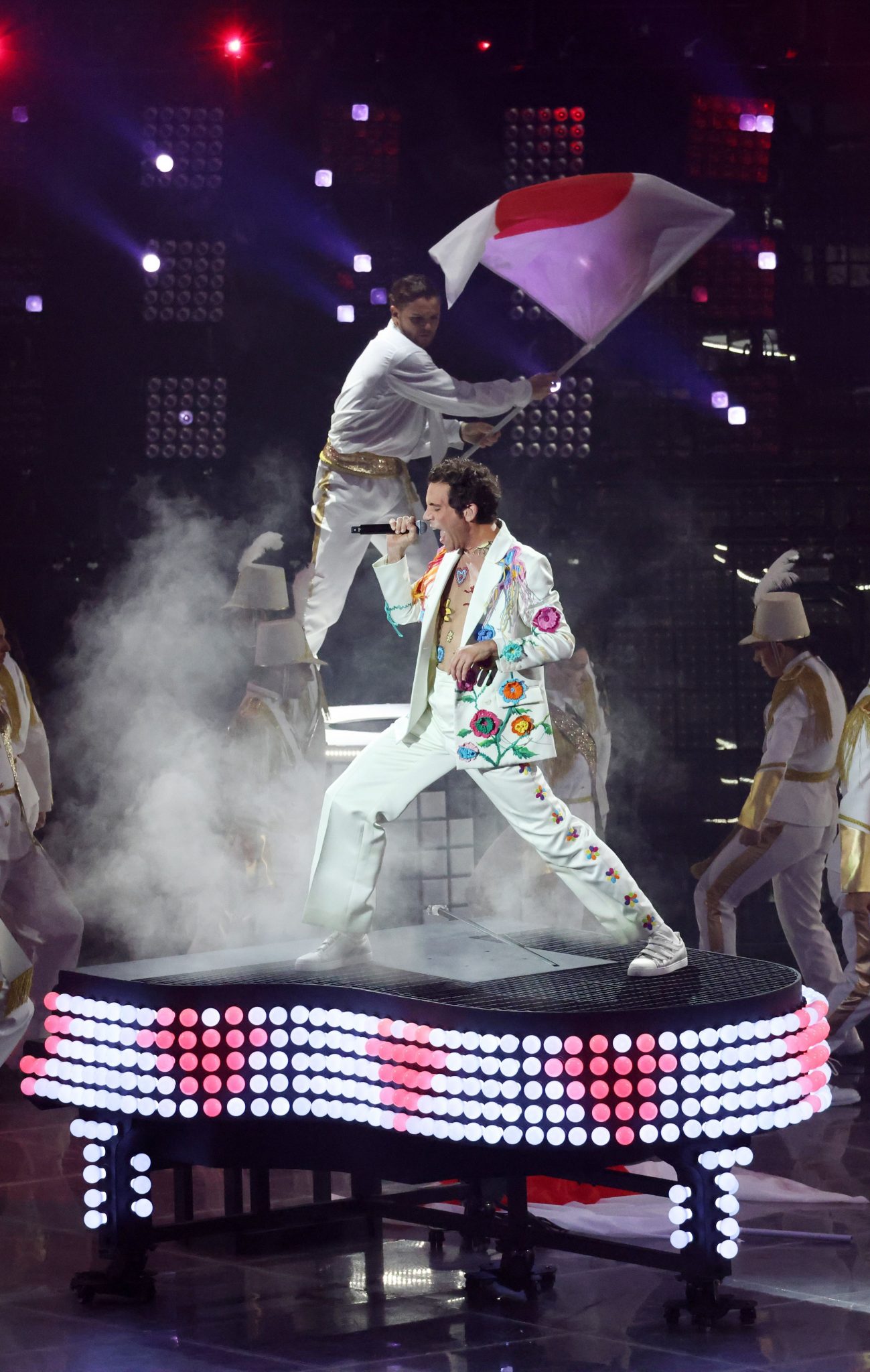 END_OF_DOCUMENT_TOKEN_TO_BE_REPLACED

I've had Mika's Eurovision performance essentially on repeat since Saturday, and one thing that stands out to me is the audience's response. When Happy Ending opens, the crowd joins in immediately with an emotive, "THIS IS THE WAY YOU LEFT ME, I'M NOT PRETENDING...", and that in itself is a testament to the impact Mika's album Life in Cartoon Motion had back in 2007, and the legacy it has left.

The performance was enduring too. Days later, TikTok is awash with Mika fan edits, and in the comments, fans are sharing memories of listening to him as a teenager. Many have said that they're struggling to listen to any other artist since the weekend, and honestly, same.

All this this is not to say that Mika's musical career has been quiet since he first burst onto the scene. Over the past 10 years, he has released four stellar albums, toured throughout Europe and established himself as a talent judge on a number of singing competition shows. This summer, he has scheduled performances in London, France, and a number of cities in Italy, but what the world truly needs is for him to embark on a massive arena tour. Imagine bopping along to Love Today in the 3Arena, or having a proper cry to Any Other World alongside thousands in Croke Park?

It's what the people want.

popular
Hollyoaks star Jorgie Porter has welcomed a baby boy
Fundraiser set up for boy attacked by pit bull in Wexford
Ant and Dec open up on their real feelings about the 2022 I'm A Celeb cast
The trailer for Channel 4's Vardy V Rooney: A Courtroom Drama has dropped
Jill Scott admits she gave Owen Warner extra food at meal time
Kylie Jenner shuts down claims she used her children to cover up for Balenciaga
Zendaya and Tom Holland are being flooded with rumours they're engaged
You may also like
1 day ago
Olly Murs slammed over 'misogynistic' lyrics in 'shocking' new single
3 weeks ago
Cher confirms she's in a relationship with 36-year-old music producer
1 month ago
Rihanna admitted that her new song is in honour of Chadwick Boseman
2 months ago
Michael Bublé considering "quitting" music to focus on family
3 months ago
You can now do a module all about Taylor Swift's music at a Texas university
3 months ago
Too Hot To Handle's Nicole O'Brien: "I only went on it because I wanted to do music"
Next Page