The video has made quite the impact.

We’re presuming that most of you are a part of the 73 million people who’ve already seen Taylor Swift’s music video for Look What You Made Me Do.

The video debuted at the VMA Awards at the weekend and have been the talk of social media ever since.

In fact, the video has been so talked about that even celebrities are doing their own versions. 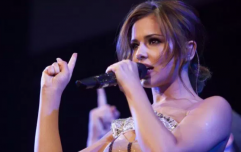 Cheryl has just been released from her record label

END_OF_DOCUMENT_TOKEN_TO_BE_REPLACED

Yes, many of our favourite A-listers have been posting snaps of themselves singing along to the new song, however, one celebrity took it a step further.

The Hills star Spencer Pratt has filmed an entire music video for the song and it’s hilarious. 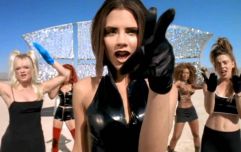 END_OF_DOCUMENT_TOKEN_TO_BE_REPLACED

Spencer shared the video online this week and it features him in different locations miming along to the viral song.

It even features his expectant wife, Heidi, who shows off her baby bump as she digs into some ice cream.

Yes, the video is weird, but would you really expect anything less from Spencer Pratt?

popular
This Netflix Christmas film is being dubbed the perfect rom-com
Ireland sees '100% success rating' with 4-day work week trial
"You can’t imagine what it feels to have had a baby and yet feel like you didn’t"
Why Are Men so Obsessed With Boobs? The Answer is Pretty Surprising...
Nicola Coughlan lands "lifelong dream" role as she gets cast in Oliver Twist
Expecting a baby in December? These are the top Christmas-inspired baby names
Bad Sisters stars snap back at New York Times article that called them British actors
You may also like
1 week ago
Julia Fox explains why she really dated Kanye West
1 month ago
Selena Gomez addresses viral photo with Hailey Bieber
1 month ago
Ekin-Su says she plans on dissolving her filler
1 month ago
We finally know when Big Brother is coming back to our screens
2 months ago
Gigi Hadid's dad addresses Leo dating rumours
2 months ago
Here's why people aren't buying Kourtney Kardashian's collaboration with Boohoo
Next Page