"Thank u, Dublin! Three incredible shows. I love u!"

Having touched down in Dublin almost a week ago today, Ariana Grande has finished her incredible stint at the 3Arena performing for three nights to over 36,000 fans.

From young pre-teens coated in glitter, attending the concert with doting parents to older groups of friends heading straight from work to the gig, Ariana provided stellar entertainment for all ages with a setlist that complies of chart topping hits.

The Sweetner world tour predominately featured her new album with some old gems like Break Free, Into You and Dangerous Woman getting all the crowd on their feet.

From the rapid costume changes to the beautiful set design, the whole show served. 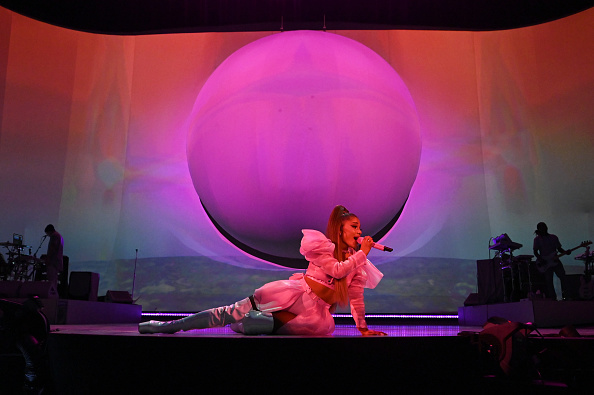 Opening with God is a Woman and closing with Thank U, Next, Ariana highlighted her music success of the last year with those two tracks alone closing in on one billion views on YouTube.

END_OF_DOCUMENT_TOKEN_TO_BE_REPLACED

Her performance also paid tribue to her family whose images featured in a slideshow during the show as well as the LGBTQ community, as she closed the show by waving pride flags alongside her dance troop.

Another subtle tribute was paid to the late Mac Miller, Ariana's former boyfriend who past away earlier this year after an ongoing battle with drug addiction.

END_OF_DOCUMENT_TOKEN_TO_BE_REPLACED

Just before she came to the stage, Mac Miller's track was the last one which was played while fans got to their seats.

Notably missing from her setlist was One Last Time. One Last Time was the final song the 26-year-old played before the terriorst attack at her Manchester Arena concert in 2017 which saw 23 people including the suicide bomber loose their lives.

The star apparently sang One Last Time for part of this year's Sweetner tour however, removed it in May as it was making her "too emotional".

Now with over 70 performances of her world tour complete, the popstar has a two-day break before she heads to Hamburg in Germany to continue the European leg of her tour.

Her tour will finish on December 22 with her final performance in Inglewood, Los Angeles.

popular
Fans are feeling seriously sorry for Molly Mae Hague after resurfaced interview
The release date of the Glee documentary is here
Tom Parker's wife suffers more heartbreak just nine months after husband's death
Gwen Stefani reportedly pregnant with baby number four
He may be a politician, but Leo Varadkar's personal life is none of our business
Derry Girls star is the latest to head onto Dancing With The Stars
The Wanted's Nathan Sykes announces he's engaged
You may also like
1 week ago
Olly Murs slammed over 'misogynistic' lyrics in 'shocking' new single
1 month ago
Cher confirms she's in a relationship with 36-year-old music producer
1 month ago
Rihanna admitted that her new song is in honour of Chadwick Boseman
3 months ago
Michael Bublé considering "quitting" music to focus on family
3 months ago
You can now do a module all about Taylor Swift's music at a Texas university
3 months ago
Too Hot To Handle's Nicole O'Brien: "I only went on it because I wanted to do music"
Next Page