The Strypes Announce Date at The Academy

Cavan four-piece The Strypes, who were the youngest band to ever play Slane, have announced their own headline gig at the Academy in September.

The gig will follow the release of their second album Little Victories. The album is follow up to 2013’s Snapshot and will be available from July 24th. 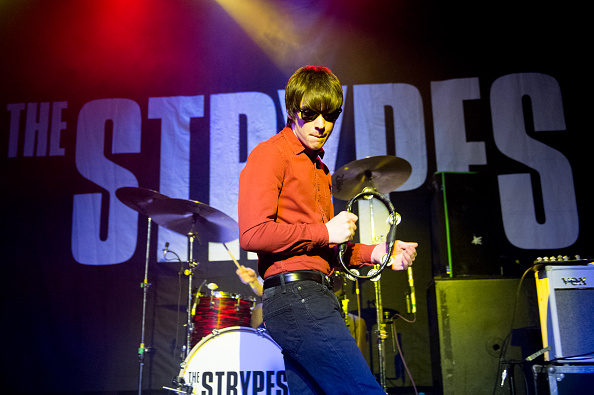 END_OF_DOCUMENT_TOKEN_TO_BE_REPLACED

The first single from the sophomore album will be Get Into It, also due for release on July 24th.

The period around the album and single release will see the foursome play all four corners of the globe – including forthcoming dates in Argentina, Brazil and Japan.

Commenting on Little Victories, The Strypes guitarist Josh McClorey said: “It’s just a progression. It’s like comparing what we were listening to when we were 12 and 13 to what we’re listening to now. It’s obviously going to be different.”

popular
Bride asks for divorce day after wedding following groom's disrespectful cake stunt
Has the Call Her Daddy podcast just pulled the best marketing stunt of all time?
Tributes paid following tragic death of Emma Pattison and her family
Head of dive squad searching for Nicola Bulley thinks 'something's not right'
Stacey Solomon hints at baby girl's name as due date nears
Love Island fans are calling for Ron to be dumped after accusing him of "gaslighting" Lana
Teenager killed in shark attack after swimming with dolphins in Australia
You may also like
1 week ago
Justin Bieber has sold his entire back catalogue for a massive lump sum
3 weeks ago
Shakira absolutely torches Gerard Pique in lyrics of new song
1 month ago
The 1975's Matty Healy criticised for bizarre 'age check' before kissing fan
2 months ago
Olly Murs slammed over 'misogynistic' lyrics in 'shocking' new single
3 months ago
Cher confirms she's in a relationship with 36-year-old music producer
3 months ago
Rihanna admitted that her new song is in honour of Chadwick Boseman
Next Page