I can't say I remember too many things from my 16-year-old life, a time when I used to watch cartoons, play football and sneakily go on Bebo behind my mum's back.

My time as a lazy 16-year-old definitely differs a lot from the life of Mohammed Ali, a schoolboy from Yorkshire. 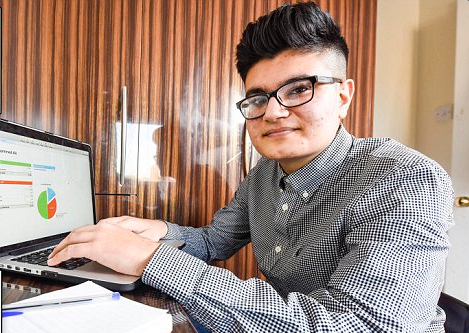 According to Metro, Mohammed founded a price comparison site called weneed1.com,  which looks to be a serious money maker in the future.

Mohammed spoke of rather bravely, rejecting a £5 million bid for the site.

"The offer was rejected in December, just before Christmas...

"We met the investors in London, they were a global data driven company, and they didn’t realise I created all the technology involved.

‘The main reason we rejected the offer was because, if the technology and concept is worth millions already, just think how much it will be worth once people use it."

The A-Level student said as big a risk it was rejecting the bid from the investors, but said he wanted his product and name to become a household name

"The big thing about what we’re doing is that there are no competitors – this is a real time money saving expert – it’s like a Bloomberg for the general public."

Can you IMAGINE having 5 milly at the tender age of 16? The JOYS!