"A woman of remarkable intellect and character. She is eminently qualified for the job."

The president has nominated Barrett to be the US's next Supreme Court Justice.

If confirmed by the Senate, she will take the place vacated by Senator Ruth Bader Ginsburg. Ginsburg passed away earlier this month after serving 27 years on the court.

Today, it was my great honor to nominate one of our nation’s most brilliant and gifted legal minds to the Supreme Court. She is a woman of unparalleled achievement, towering intellect, sterling credentials, and unyielding loyalty to the Constitution: Judge Amy Coney Barrett... pic.twitter.com/l2yezt2UOi

Trump told the press that Barrett's confirmation would be "uncontroversial" and "very quick".

"Her qualifications are unsurpassed, unsurpassed and her record is beyond reproach. It should be a straightforward and prompt confirmation. Good luck. It’s gonna be very quick."

Here are 4 things to know about her. 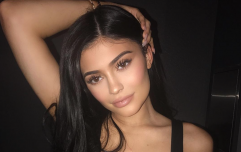 END_OF_DOCUMENT_TOKEN_TO_BE_REPLACED

Barrett, aged 48 and originally from just outside New Orleans in Louisiana, studied at Notre Dame Law School. and has published academic work in a number of journals. She was nominated to the United States Court of Appeals for the Seventh Circuit by Trump in 2017.

She's a mum of seven

Barrett and her husband Jesse M Barrett are parents to seven children aged eight to 19, two of whom they adopted from Haiti. If confirmed, she would be the first woman with school-aged kids to serve on the Supreme Court.

She's known as a staunch conservative

A devout Catholic, Barrett is anti-abortion and has been criticised for allowing her faith to affect her legal opinions. She has maintained that her beliefs do not impact on her work.

Her nomination has worried some critics in the US who say that her confirmation would open the door for the rolling back of current abortion and LGBTQ+ rights in the US.

popular
Reindeer ornament includes penis, people excited by this
Katie Hopkins refuses to wear a mask on flight from LA to London
Matthew McConaughey has been swooning over his wife again, and same
Her.ie's Women You Should Know: Female Game-Changers In Ireland
Kourtney Kardashian and Scott Disick are officially back together
The Body on The Cube has finally been unmasked after 11 years
"It was time to say goodbye:" Chrissy Teigen pens emotive essay following loss of baby Jack
You may also like
9 months ago
Better mark the calendars, Us is going to be on TV next week
1 year ago
You'll get $20k for making it through this haunted house – but no-one ever has
1 year ago
Vape detectors are being installed in US schools to catch students with e-cigarettes
1 year ago
Healthy dog put down so she could be buried with owner who had died
1 year ago
Hearing-impaired man adopts deaf puppy and teaches him sign language
1 year ago
Man spiked his co-workers' water with LSD because they were ‘too uptight’
Next Page