Making plans for the week?

If so, you may as well make them for somewhere outdoors as it's set to be rather nice.

Met Éireann is forecasting that the coming days will bring warm temperatures and very little rain.

The rest of today will be mostly dry, apart from a few showers on the west and north coasts.

It'll be warmest in Leinster and Munster with highs of between 15 and 20 degrees.

Wednesday will also be dry and bright with a mixture of cloudy periods and sunny spells. We can expect high temperatures of 18 to 21 degrees and light moderate breezes.

It'll be dry overnight but will become rather cloudy in northern areas, though it should be clear everywhere else.

Met Éireann predicts that it'll be rather cloudy over Ulster on Thursday but that it'll be brighter everywhere else with a mix of sunny spells and cloudy periods. 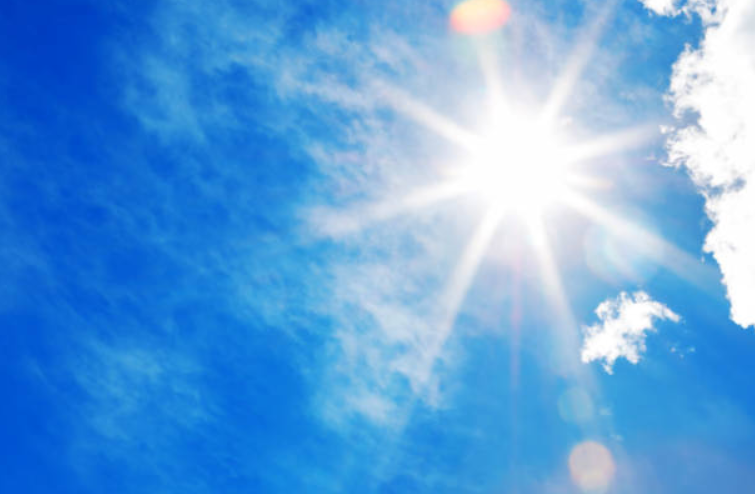 END_OF_DOCUMENT_TOKEN_TO_BE_REPLACED

Highs of 17 to 19 degrees are forecast for northern areas with temperatures of up to 20 to 22 degrees expected elsewhere with the best weather in Munster and Leinster.

It's set to be cloudy and possible rainy at times in northern areas on Friday, though it'll be drier elsewhere with occasional bright or sunny spells.

Top temperatures of 16 to 18 in northern areas but 19 to 22 elsewhere with best conditions in southern coastal counties.

Though it's still a long way off, things aren't looking too bad for the weekend too.

The forecaster is predicting mainly dry weather with some scattered showers and sunny spells.

Temperatures will be normal or above average for the time of year and winds will be light to moderate.


popular
BRB, running to Penneys for the €19 trousers that look like they cost ten times the price
The comfy €42 M&S boots we're going to be living in all spring
'Be A Lady, They Said!' You need to watch this incredibly powerful video about being a woman
The dress that Holly Willoughby wore this morning is getting very mixed reactions
Netflix's The Woods is the thriller that will be your next TV obsession
'Be a lady they said' made waves yesterday, at the exact moment it should have
Turns out Love Is Blind didn't show us every couple that got engaged
You may also like
1 week ago
This week's €17m EuroMillions jackpot ticket was sold in Mayo
2 weeks ago
Why the youth vote shouldn't be dismissed as snowflake politics
2 weeks ago
Met Éireann issue snow/ice weather warning for whole of Ireland
2 weeks ago
Saturday's winning €2.7 million lotto jackpot ticket sold in Carlow
2 weeks ago
Vote counts begin across the country following extraordinary exit poll
2 weeks ago
#GE2020: Four first time female candidates on why they're running for the Dáil
Next Page