The issue has since been resolved.

The Health Service Executive has revealed that 83,000 users uninstalled the Covid Tracker App after experiencing issues over the weekend.

Reports began to surface on Saturday that some Android users were experiencing an abnormal drain on their battery life with smartphones identifying the HSE's Covid Tracer App as the root of the problem. 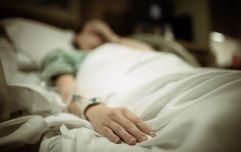 END_OF_DOCUMENT_TOKEN_TO_BE_REPLACED

It's believed the issue arose from an update to the Google Play Store and the HSE worked with Google and Nearform, the company that built the app, to address the issue.

A fix was pushed out on Monday and all Android phones affected by the issue should be fully resolved today.

While 83,000 people uninstalled the app due to the issue, as of Monday evening, 10,000 of these people had downloaded the app again.

The HSE has urged the remainder of those who deleted the app to install it again and confirmed that deleting the app did not remove any of the close contacts recorded by the app over the last 14 days.

The HSE apologised to any users who were affected by the issue.

The app operates on Bluetooth technology, and should users choose to download it they will be informed if they have been in close contact with another app user who has tested positive for coronavirus.

Users are also able to input and track their own symptoms and receive advice on what to do and be able to anonymously warn close contacts if they test positive for Covid-19.

Girls With Goals || Her · Ep.161: Feeling Peachy - Sharon Keegan of Peachylean on being an absolute BOSS!
popular
A documentary on the murder of Grace Millane is coming soon
Emilia Clarke is set to be the next Marvel superhero
Jennifer Lopez just shared a steamy snap of herself and Ben Affleck – and WOW
Bride dislocates her leg during her first dance in viral clip
I got laser hair removal for the first time and here’s how it went
The sad reason why viral gymnast, Katelyn Ohashi, isn't on the USA Olympic team
15-year-old boy dies in fourth drowning fatality in Ireland this week
You may also like
12 hours ago
I tried the cupping therapy popular with celebrities – and here is what happened
2 days ago
Why people who take medication need to be extra careful in a heatwave
5 days ago
Been sleeping with the fan on? That could actually be bad for your health
1 week ago
Forever waking up exhausted? 5 simple tricks to help you sleep better
2 weeks ago
25 easy ways to simplify your life – and become happier, healthier and more organised
2 weeks ago
Mini contraceptive pill to be available over the counter in UK
Next Page