"We are taking a stand in support of our women colleagues."

Male Afghan television presenters have started wearing masks as a symbolic protest against the Taliban for ordering all women presenters to cover their faces on air.

Last week, the Taliban issued a statement to the country's largest media outlet calling for all female TV presenters to wear masks, saying the order was “final and non-negotiable”. 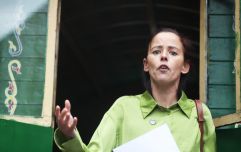 END_OF_DOCUMENT_TOKEN_TO_BE_REPLACED

After initially defying the demand, women presenters are now wearing full hijabs, veils and masks that only leave their eyes on view.

They have since received support from some of their male co-workers who have launched a campaign to oppose the rule.

"We are taking a stand in support of our women colleagues," said Nisar Nabil, who works at TOLO news, Afghanistan's most popular news channel.

We are in a deep grief in this days pic.twitter.com/R39XHTGNPj 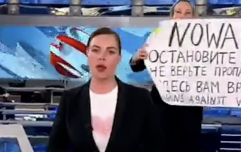 Russian journalist who protested against the war on live TV arrested

END_OF_DOCUMENT_TOKEN_TO_BE_REPLACED

"During our live news broadcasts or political shows, we are wearing masks as a protest.

"The Taliban want to put pressure on media outlets with these restrictions... they want media outlets to work according to their plans."

Presenters for 1TV, another leading media channel, have done the same. 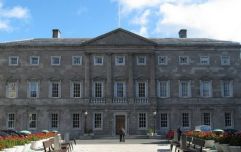 END_OF_DOCUMENT_TOKEN_TO_BE_REPLACED

On a recent bulletin, the station's male presenters wore masks, while women dress in full-body-covering hijabs.

"We are fine with our women presenters wearing Islamic hijabs but without masks, because it is difficult to conduct a programme for three or four hours like that," said the channel's editor-in-chief Idrees Faroqi.

"We are hoping that they revise their decision and remove these restrictions."

Despite the backlash, Taliban officials do not seem to be in favour of rolling back the order.

"If forcing to wear a tie is correct then why is forcing a hijab wrong?" deputy government spokesman Inamullah Samangani said on Twitter this week.

"If a tie can be part of a uniform (on television) why can't a hijab be?"

When the Taliban regained power in the country in August last year, it appeared to have reconsidered its previous harsh restrictions on women. However, in recent months, it has backtracked.