Andrew McGinley has responded to a cruel troll who told him he "should have looked after your wife".

The cruel user responded to a video the dad shared on the Conors Clip Twitter page. They wrote: "You should have looked after your wife."

Andrew replied to the horrid comment and was praised by his followers for having the strength to do so.

The dad shared, "I did Aine but she was in professional mental health care and we had 3 kids that needed parenting too."

"With no help, support, or info from the clinicians treating her, we thought my focus should be on them. I don’t recall you being part of those discussions between my wife and I," he stressed.

Andrew added, "My wife and I discussed her illness and agreed that I should focus on the kids as she was being treated professionally. 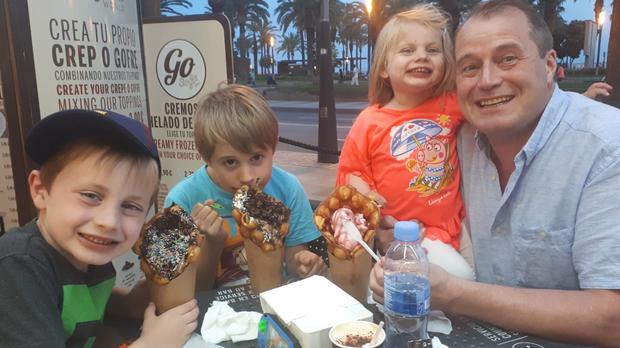 "I did not ignore the issues. Conor wanted a YouTube channel and they all wanted to ‘be on the internet’. I do this for them."

Andrew's followers admitted they were stunned by the nasty remark.

"I know that unnecessary cruelty can cut the legs out from under us and shake us (sometimes for the day) but please know that everyone in Ireland supports you and has your back. Andrew, your goodness has always shone through," one said.

Another added, "Hard to believe people exist who make these comments behind a cloak of anonymity. Your courage and compassion after such a loss has been incredible. Please ignore."

Their mother was suffering from a mental disorder at the time of their death.

She was found not guilty by reason of insanity of murdering their three children. She is being treated at the Central Mental Hospital.

popular
Women are rinsing their hair in apple cider vinegar – and the results are amazing
The final season of The Sinner has just landed on Netflix
New photo of Bernadette Connolly released as investigation continues
Damian Lewis pays touching tribute to late wife Helen McCrory with Irish poem
"Hair contouring" is about to be huge, here's everything you need to know
YouTube star Melanie Ham dies after cancer battle aged 36
Toddler dies after being struck by vehicle in Co. Cork
You may also like
12 hours ago
Only Fools and Horses' Patrick Murray has cancerous lung tumour removed
13 hours ago
Toddler dies after being struck by vehicle in Co. Cork
1 day ago
Government to publish bill on right to request remote work option
2 days ago
DSPCA urges pet owners not to forget their dogs as they return to office
2 days ago
17 people dead in tragic nightclub fire in Cameroon
2 days ago
Ireland likely to be hit with "more Covid variants" over next few months
Next Page