The singer spoke about the attack in her latest interview.

It’s been almost a year since the heartbreaking attack at the Manchester Arena and in her latest interview, Ariana Grande has been speaking about that night in detail for the first time.

The attack on May 22 left more than 800 people injured and killed 22 people, many of them children.

In the weeks after the heartbreaking attack, Ariana organised the One Love Manchester concert with some of the biggest names in music, in what was truly a unifying night. 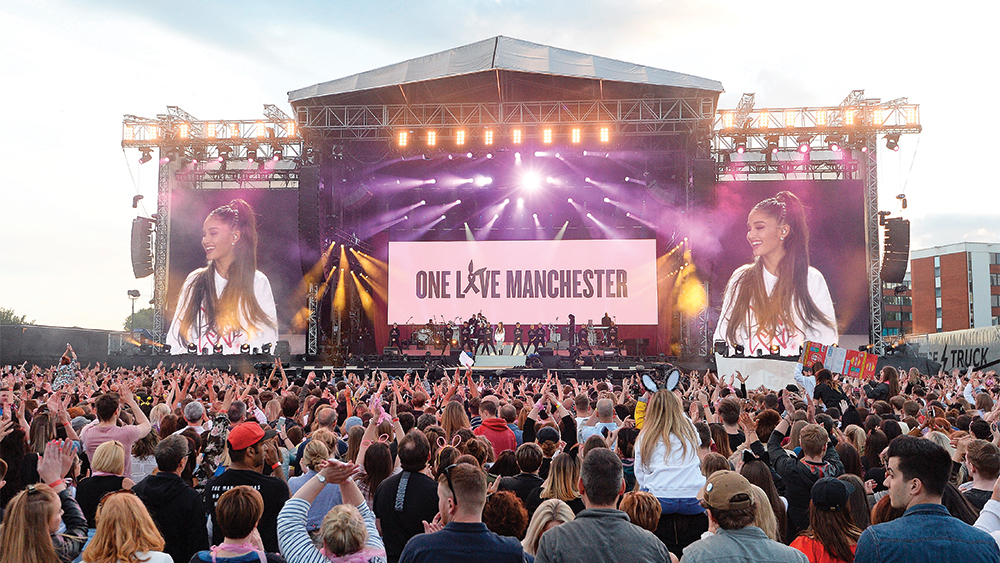 However, the events of that May evening still weigh heavy on the 24-year-old singer who called the attack the “absolute worst of humanity”.

“Music is supposed to be the safest thing in the world.”

Speaking to Time Magazine, Ariana said that she still struggles to deal with what happened that night.

“I think that’s why it’s still so heavy on my heart every single day. I wish there was more that I could fix.

“That’s why I did my best to react the way I did.

“The last thing I would ever want is for my fans to see something like that happen and think it won.”


The singer still struggles to discuss the attack and said she needed to take time after her tour to deal with the pain.

“You think with time it’ll become easier to talk about or you’ll make peace with it.

“But every day I wait for that peace to come and it’s still very painful.”

In the months after, Ariana says she found peace and channelled her energies into her new music.

“When I started to take care of myself more, then came balance, and freedom, and joy.

“It poured out into the music.”

popular
The internet is saying the same thing after Ryan's Toy Show opening
Strictly's Giovanni Pernice responds to dating rumours following split from Maura Higgins
You can rent out the house from House of Gucci on Airbnb
Vicky Phelan says terminally ill people should have right to decide how to die
The best memes from this year's Late Late Toy Show
We finally know what happened to Sam in And Just Like That
What is the 'yassify' trend and why is everyone doing it?
You may also like
3 days ago
At least 27 people dead in UK-France Channel tragedy
4 days ago
There are no PCR tests available in 14 counties
4 days ago
UK couple killed in home while children slept named by police
4 days ago
8-year-old boy named as latest victim in Wisconsin parade crash
5 days ago
Suspected sexual assaults of unconscious patients in Naas hospital under investigation
6 days ago
Tiger King's Jeff Johnson has passed away
Next Page