The dog pound is currently investigation.

Gardaí are investigating allegations in relation to the improper use of veterinary drugs at Ashton Dog Pound in west Dublin. 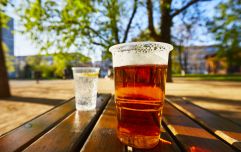 END_OF_DOCUMENT_TOKEN_TO_BE_REPLACED

Their letter states: "It has come to our attention that there has been ongoing concerns in relation to animal welfare in the Ashton Dog Pound in Dublin 15 over a number of years.

"I would request that Dublin City Council be prepared to review their contract with this provider and seek alternative services."

Gardaí have since confirmed that the pound is currently under investigation.

Over the weekend, Gardaí transferred 32 dogs to the Ashton pound, after the dogs had been seized from a property in Dublin.

The dogs, who were believed to have been stolen, and have been valued at more than €120,000, were seized in searches in Swords.

Ashton Dog Pound said on Monday that it was in the process of scanning the dogs for microchip information, before making attempts to reunite the dogs with their owners.

Girls With Goals || Her · Ep.160: The Beauty Of Coaching - Hayley Harrison joins us from Sport Ireland
popular
Regé-Jean Page arrives in Ireland to shoot new movie
A pink tampon disposal glove has been created - by three men...
Someone has ranked the penis size of men from all over the world
Here's what happens on every day of your menstrual cycle (roughly)
Chris Evans Reveals Cancer Scare During Breakfast Radio Show
Kate Middleton has addressed the rumours that she's pregnant with her fourth child
YouTube demonetised James Charles' account after he admits to messaging minors
You may also like
2 days ago
You can now get a life-size inflatable pub for your back garden
1 week ago
Slane Castle set to host a "double summer concert" next year
1 week ago
TG4 to air one-hour special to celebrate President Michael D. Higgins' 80th birthday
2 weeks ago
Employees now have the right not to answer work calls or emails outside of working hours
3 weeks ago
US, Germany, France and Italy look set to be added to Ireland's mandatory hotel quarantine list
3 weeks ago
New legislation to give employees in Ireland the right to request remote work
Next Page