Baby seal rescued off Clare coast, over 2,000 miles away from her Arctic home

Just how did little Cloudberry find herself on Irish shores?

The baby ringed seal (the name comes from the light grey circular patterns on the seals' backs) was found off of the coast of Co. Clare earlier this week and although her exact age is unknown, she looks to be a baby, judging from her shedding fur that is, or moulting.

The little lady is being cared for by the fantastic team at Seal Rescue Ireland, based in Courtown, Co. Wexford, where she has been digging into small pieces of herring after initially having to be tube-fed electrolytes to combat dehydration.

"Currently our team is taking great care to keep her safe, in a quiet place away from the public and other hospital activity to reduce stress.

"She was only 62cm long and 9.25kg upon intake. Ringed seals are 60 to 65cm at birth and females grow to an average of 84cm after one year, so she might be a very small seal from last year (they're typically born in March to April) or she could have been born outside of the normal pupping season and could be younger. There are lots of unknowns!"

Melanie explained that since Cloudberry is the first ringed seal the SRI has ever received they've needed to consult other marine mammal rescue facilities around the world who can provide further information in regards to her rehabilitation.

"Our main focus is to get her stabilised to improve her chances of survival and to keep a strict quarantine in place to prevent spreading any potential zoonotic diseases to our native seals in care.

"Should she survive, we are unsure at this point where and when she will be released. SRI does not keep any seals as permanent residents as we don't have the space or resources to do so, and all efforts are made to return rescued seals to the wild."

Being native to such chilly Arctic waters, it has also been hugely important to keep her cold and ensure she doesn't overheat.

At home in the Arctic, ringed seals feed on the likes of cod and planktonic crustaceans, where they spend most of their day by shore ice or inside of their self-made breathing holes in the ice. They can literally sit in there and chill out. They even blow bubbles before coming to the surface in case there are polar bears lingering about, waiting for lunch. Clever cuties. 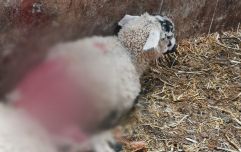 END_OF_DOCUMENT_TOKEN_TO_BE_REPLACED

They are the smallest species of seal and they have the ability to reach depths of 300 feet. Impressive.

Females give birth to just one pup in early spring and after two months, pups are left to fend for themselves. (Its times like these one might consider how utterly helpless the likes of human babies really are.)

Meet Cloudberry a Female Ringed Seal found in Co Clare. These seals are Native to the Arctic not Ireland. Thanks to our friends at @alaskasealifecenter & @zeehondencentrum for all their help with this little one.

Although it's not known what happened to Cloudberry's mum or why Cloudberry herself was wondering so far from home, there are a number of reasons seals, including ringed seals, could find themselves lost. Melanie says:

"Cloudberry was first spotted in Co. Kerry at approximately 52°N (her species' radius ranges from the North Pole to 35°N latitude) so she was a very long way from home and it's the first documented case of a ringed seal in Ireland since 1895.

"It's interesting to note that a hooded seal, another arctic species, was spotted in Co. Cork the day before her on January 1st. Both species live on pack ice which can drift in currents so they may have been carried all the way to Ireland."

Seals can come in contact with pollutants in the sea, causing sickness, plus, there's the issue of climate change that continues to reduce the expanse of the sea ice they live on. This sea ice is also necessary for mums who are about to give birth.

"As ocean temperatures warm and arctic ice melts, it alters the currents. This has massive impacts on climate as well as marine animals that rely on ocean currents," says Melanie.

If you'd like to help seals like Cloudberry, you can adopt or sponsor a seal at Seal Rescue Ireland, or you can donate to the superb team too.

Seal Rescue Ireland is a registered charity organisation dedicated to the rescue, rehab and release of sick, injured and orphaned seals from across Ireland. They are the only seal rescue facility within the Republic of Ireland and cover the entire coast while promoting ocean conservation through education, community engagement and research programmes. They rely heavily on the dedication of volunteers and the generosity of public donations.

popular
Someone has ranked the penis size of men from all over the world
The shows and movies you need to watch before they leave Netflix next month
If you constantly have a cold nose, this could be the reason why
Government vote to seal mother and baby home records for the next 30 years
'They're Dead To Me Now' - Kate And Oliver Hudson Have Been Disowned By Their Father
I trialled the new products from the Alex Steinherr Penneys range and I have some thoughts
Ryan Reynolds has shared the inspiration behind his daughter James' name
You may also like
3 months ago
QUIZ: How well do you know these animal movies?
6 months ago
Two pet cats have tested positive for coronavirus
8 months ago
My heart, Penneys just dropped more adorable dog costumes including a lil' raincoat
9 months ago
Study finds that cattle can talk to each other about how they feel
9 months ago
The Irwin family has helped over 90,000 animals during Australian bush fires
11 months ago
The companion book to David Attenborough's new nature series is out, and would you just look at the cuteness
Next Page