They are suing for millions.

Fashion house Balenciaga is now suing the production company that was hired to created their now infamous ad campaign.

Suing North Six Inc. and set designer Nicholas Des Jardins for $25 million, a lawsuit was filed on Friday at the New York State Supreme Court, according to reports. 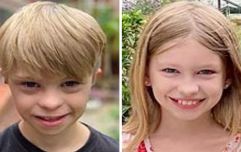 Brother and sister abducted in March 2022 have been found alive

END_OF_DOCUMENT_TOKEN_TO_BE_REPLACED

Paperwork showing information on a Supreme Court ruling on child pornography has been identified in one of the images shown in the campaign which has now been removed by the designer.

The court documents also said that the campaign aimed to give the image of a corporate environment, with one image showing page from the 2008 Supreme Court ruling in United States v. Williams case on a desk.

Balenciaga released a statement apologising for the campaign, claiming they had no knowledge of the paperwork on the desk and did not authorise its inclusion.

The brand also addressed an image in the campaign which showed two young children holding teddy bears that were dressed in bondage clothing, which has caused uproar and major controversy. 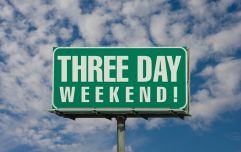 END_OF_DOCUMENT_TOKEN_TO_BE_REPLACED

The statement said: “We would like to address the controversies surrounding our recent ad campaigns. We strongly condemn child abuse; it was never our intent to include it in our narrative.

“The two separate ad campaigns in question reflect a series of grievous errors for which Balenciaga takes responsibility.

END_OF_DOCUMENT_TOKEN_TO_BE_REPLACED

“This was a wrong choice by Balenciaga, combined with our failure in assessing and validating images. The responsibility for this lies with Balenciaga alone.”

They continued: "The second, separate campaign for Spring 2023, which was meant to replicate a business office environment, included a photo with a page in the background from a Supreme Court ruling ‘United States v. Williams’ 2008 which confirms as illegal and not protected by freedom of speech the promotion of child pornography.

“All the items included in this shooting were provided by third parties that confirmed in writing that these props were fake office documents. They turned out to be real legal papers most likely coming from the filming of a television drama.

“The inclusion of these unapproved documents was likely the result of reckless negligence for which Balenciaga has filed a complaint. We take full accountability for our lack of oversight and control of the documents in the background and we could have done things differently.”

The fashion brand is now conducting an internal and external investigation into the incident.

popular
Bride asks for divorce day after wedding following groom's disrespectful cake stunt
Natalie Imbruglia's Torn is actually a cover and the original just isn't the same
Head of dive squad searching for Nicola Bulley thinks 'something's not right'
Here's why Nicola Peltz-Beckham's family are suing her wedding planners
Gwen Stefani reportedly pregnant with baby number four
Tributes paid following tragic death of Emma Pattison and her family
Has the Call Her Daddy podcast just pulled the best marketing stunt of all time?
You may also like
2 months ago
Kim Kardashian turned down Balenciaga deal following campaign controversy
2 months ago
Kylie Jenner shuts down claims she used her children to cover up for Balenciaga
2 months ago
Kim Kardashian addresses Balenciaga's disturbing campaign
1 year ago
Balenciaga and Crocs team up to make stiletto sandals
4 years ago
We've just spotted Zara's sell-out runners on SALE for €30
4 years ago
Penneys is now selling €3 dupes of THOSE Céline alphabet necklaces so, run
Next Page