Bank of Ireland has announced that it will close 103 of its branches across Ireland and Northern Ireland.

The branches closing are predominately self-service locations which do not offer a counter service, while the full list of each branch that will close will be revealed at 10am. 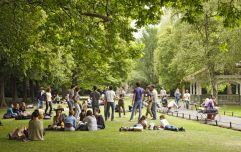 END_OF_DOCUMENT_TOKEN_TO_BE_REPLACED

This comes after the bank agreed a new partnership with An Post which will offer Bank of Ireland customers banking services at more than 900 locations across Ireland.

This will include over the counter cash and cheque lodgements and cash withdrawals, with longer weekday opening hours than traditional bank branches as well as Saturday opening.

In a statement released on Monday morning, a spokesperson for the bank said that the closing Bank of Ireland branches all have a post office within, on average, less than 500 metres.

By the end of September, the number of Bank of Ireland branches across the country will reduce by 88, while in Northern Ireland, the branch network will also reduce by 15.

Francesca McDonagh, Group CEO of Bank of Ireland said that she understands that customers may be concerned hearing this news, but that no changes will be made in the next six months.

She said: "Technology is evolving, and customers are using branches less, year on year on year. Covid-19 has accelerated this changing behaviour, and we’ve seen a seismic shift towards digital banking over the past 12 months.

"We’ve now reached a tipping point between online and offline banking. Our mobile app is our most popular way to bank, with almost half a million customer logins every day and traffic up by a third in the past two years. 7 in 10 personal customer product applications are made digitally, and we expect this to grow to over 8 in 10 by the end of this year. 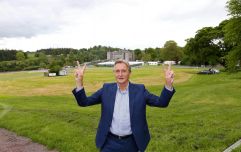 END_OF_DOCUMENT_TOKEN_TO_BE_REPLACED

"In contrast, the number of people visiting branches has sharply declined, and is now just over half of what it was in 2017. Footfall at the branches which are closing is down even more, by c.60% since 2017.

"That’s why we’ve announced changes to our branch network. However, through a new partnership with An Post, we continue to protect local access to physical banking for those who want it while also operating a nationwide branch network of 169 locations. Combined, our customers will be able to bank at about 1,100 locations nationwide.

"We know news like this can cause concern for some customers, and for the communities that we serve. We’re not making these changes immediately – no branches will close in the next six months.

"That allows us to ensure the An Post partnership is up and running before any branches close, and gives us time to communicate fully with all our customers about every option available to them online, in a nearby BOI branch, or at a local post office."

Girls With Goals || Her · Ep.160: The Beauty Of Coaching - Hayley Harrison joins us from Sport Ireland
popular
Body found in search for missing woman in Waterford mountains
Queen signs note 'Lilibet' in final goodbye to Prince Philip
Roz Purcell introduces 4 - 30 sizing for new Hike Life collection
Pasta with gin sauce is a thing apparently – and honestly, it sounds SO good
Jockey Lorna Brooke dies aged 37 after racecourse fall
Man charged with murder of 24-year-old mother Jennifer Poole
Abducted French girl, 8, found in Switzerland five days after disappearance
You may also like
1 day ago
You can now get a life-size inflatable pub for your back garden
1 week ago
TG4 to air one-hour special to celebrate President Michael D. Higgins' 80th birthday
2 weeks ago
US, Germany, France and Italy look set to be added to Ireland's mandatory hotel quarantine list
2 weeks ago
New legislation to give employees in Ireland the right to request remote work
2 weeks ago
GP couple postponed their wedding so they could administer Covid-19 vaccines
3 weeks ago
Met Éireann says snow will fall tomorrow night before a rainy weekend
Next Page