The company announced their decision yesterday.

The hugely popular ice-cream company Ben & Jerry's has pulled sales of their products from the Israeli-occupied territories: West Bank and East Jerusalem.

The company said that to sell in territories that were sought by Palestinians would be "inconsistent" with their values. 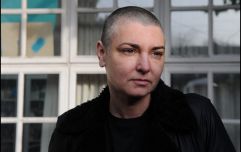 END_OF_DOCUMENT_TOKEN_TO_BE_REPLACED

The ice-cream manufacturer will continue to trade in Israel, but under a new arrangement.

Ben and Jerry's posted the announcement on social media, and linked back to their full statement.

It read: "We believe it is inconsistent with our values for Ben & Jerry’s ice cream to be sold in the Occupied Palestinian Territory (OPT). We also hear and recognize the concerns shared with us by our fans and trusted partners.

Ben & Jerry’s will end sales of our ice cream in the Occupied Palestinian Territory. Read our full statement: https://t.co/2mGWYGN4GA pic.twitter.com/kFeu7aXOf3

"We have a longstanding partnership with our licensee, who manufactures Ben & Jerry’s ice cream in Israel and distributes it in the region. We have been working to change this, and so we have informed our licensee that we will not renew the license agreement when it expires at the end of next year."

They added: "Although Ben & Jerry’s will no longer be sold in the OPT, we will stay in Israel through a different arrangement. We will share an update on this as soon as we’re ready."

The announcement was welcomed by the Palestine Liberation Organisation. One of the group's senior members, Wassel Abu Youssef said: "We welcome the decision of any company to stop its work and investments in Israeli settlements."

Following years of #BDS campaigns @benandjerrys has announced it will end sales of its ice cream in Israel's illegal settlements on stolen Palestinian land.

We warmly welcome their decision but call on Ben & Jerry's to end all operations in apartheid Israel.#BDSsuccess pic.twitter.com/0n1AjnPFaA

The Boycott, Divestment and Sanctions movement (BDS) said that the company's decision was a "decisive step towards ending the company’s complicity in Israel’s occupation and violations of Palestinian rights", but added that they could do more.

They said: "We hope that Ben & Jerry’s has understood that, in harmony with its social justice commitments, there can be no business as usual with apartheid Israel."

However, Israel's foreign minister Yair Lapid described the decision as a "shameful capitulation to antisemitism".

popular
Taxi driver who dropped missing woman Bernadette Connolly off comes forward
Ashling Murphy's funeral to take place today
The massive Penneys in Dundrum is relocating - and getting even bigger
Concerts and pub restrictions are expected to be lifted this week
Gardaí are planning to make an arrest in Ashling Murphy murder case
Fans convinced Love Island's Chloe inspired new Kanye track
Una Healy "having fun" dating Garda love interest
You may also like
1 year ago
There's a new Netflix and Chill'd Ben and Jerry's flavour coming soon
2 years ago
CBD-infused Ben and Jerry's could soon be here
2 years ago
There's a new Ben and Jerry's flavour and it's basically just a whole tub of cookie dough
3 years ago
Just WAIT until you see what Ben and Jerry's new ice cream flavour is
3 years ago
HAPPY Sunday: Ben & Jerry's is releasing bags of frozen cookie dough BITES
3 years ago
Ben and Jerry's new LOW CALORIE ice cream sounds incredible
Next Page