By now, you have probably received the viral voice note regarding a Tinder catfish.

In the WhatsApp voice note, a woman tells a story she heard from a friend about someone who had been catfished by Bertie Ahern.

The woman agreed to go for dinner with a man, having matched with him on Tinder.

The man in question warned the woman that he was not the person in the pictures, because he was a public figure.

Off she went on the date regardless, and was allegedly met by Bertie Ahern in the restaurant. 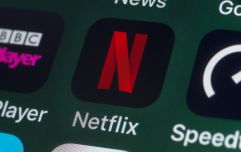 END_OF_DOCUMENT_TOKEN_TO_BE_REPLACED

A spokesperson for former Taoiseach and Fianna Fáil leader Bertie Ahern has responded to the recording, which has gone viral.

The spokesperson told our pals at JOE that the recording is “complete rubbish” and it is "absolutely 100% not true."

“It's unfair that anyone would be subjected to this in any walk of life and something should be done to protect people from this sort of thing."

popular
Yoda’s Design Was Based On One Of The Greatest Minds Of All Time
Yellow rainfall weather warning issued for seven counties
Kate Middleton has addressed the rumours that she's pregnant with her fourth child
Someone has created White Chocolate Nutella and everyone wants to try it
What's going on with TikTok?
Aldi is selling a €20 coffee machine that's designed to "Brew and Go"
'Beard-baiting' is now apparently a dating trend - and we're all for it
You may also like
3 months ago
Quarantine Barbie: She exists and she's far too real
3 months ago
Here's how to make a vegan 'fried egg', according to an Australian food blogger
5 months ago
Kids have been applying to 'work from home' with their dogs during lockdown and nah, too much
6 months ago
The Duchess of Cambridge has revealed Prince Louis' favourite song (and it's a classic)
7 months ago
A postpartum ad has been banned from the Oscars this year
7 months ago
The internet is bursting with beautiful tributes to #girldads and it's all thanks to Kobe Bryant
Next Page