Coronation Street star Bill Roache has been found not guilty of two counts of rape and four counts of indecent assault by a jury at Preston Crown Court in the UK.

The actor, who pays Ken Barlow in the popular soap, was on trial for seven incidents which were allegedly to have taken place between 1965 and 1971 and involved five women who were aged 16 and under.

During the trial Roache maintained that he was innocent and denied the charges.

END_OF_DOCUMENT_TOKEN_TO_BE_REPLACED

"In these situations there are no winners, and I think we should all be much kinder to ourselves," the actor said in a statement following the verdict.

Roache, 81, was cleared of one of the seven abuse charges last week.

“Mr Roache is entitled to a not guilty verdict on that charge.” 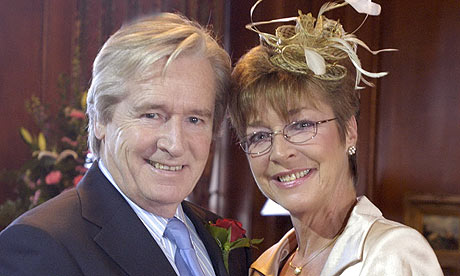 Girls With Goals || Her · Ep.161: Feeling Peachy - Sharon Keegan of Peachylean on being an absolute BOSS!
popular
Britney Spears' dad Jamie says he is "sorry" to see daughter in pain
Top 10 best staycation experiences in Ireland revealed
Woman escorted from Disney World for "inappropriate" top
Will Britney ever be freed?
Nearly half of men think 36 is "too old" for women to have a baby in UK
A BBC documentary on the Peru Two is coming next month
Aldi's new garden collection includes massive waterpark, slides and 14ft pools
You may also like
3 weeks ago
Corrie's Katie McGlynn debuts new brunette look
1 month ago
Coronation Street is now on Airbnb and yes, you can stay overnight
3 months ago
Coronation Street cast pay tribute to the passing of Johnny Briggs
8 months ago
Corrie hit with Ofcom complaints after face masks removed in hospital scene
1 year ago
Corrie's Jack P. Shepherd shares throwback photos to celebrate 20 years on the soap
1 year ago
Real life Corrie couple Sally Carman and Joe Duttine have gotten engaged
Next Page