The 53-year-old was taken in custody at Magic FM studios just moments after he finished presenting his breakfast show, which will now be temporarily taken off air.

According to BBC News, the DJ, known as 'Dr Fox', is being questioned in relation to two alleged assaults, which have been described as "historical". Police also stated that they had searched properties in west London and the Littlehampton area of West Sussex. 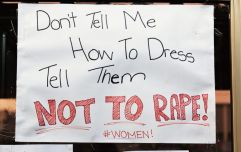 END_OF_DOCUMENT_TOKEN_TO_BE_REPLACED

Magic FM issued a statement this afternoon, confirming the news.

"Bauer Media can confirm that Neil Fox, presenter of the Magic Radio breakfast show, was today arrested by Westminster Police. He is currently being questioned about various allegations. In the circumstances, Neil will be off air from tomorrow to enable him to devote his full attention to dealing with these matters. All other aspects of his contract will remain unchanged while matters are resolved. We can make no further comment at this stage."

Girls With Goals || Her · Ep.155: 'Bits of Me' - Linnea Dunne on the importance of women's health
popular
Paloma Faith shares realities of motherhood as she battles breast engorgement
Two elderly men found dead as Gardaí "urgently" search for red van in Cork
Scarlett Moffatt discovers ‘30% rain’ on weather app doesn’t mean chance of rain
Anne Hegarty shook by "worst ever" final Chase
Princess Anne: Harry and Meghan were right to quit royal duties
Chloe Ferry and Wayne Lineker announce "engagement"
Met Éireann predicts dry, bright, and sunny weekend
You may also like
1 year ago
Holly Hagan reveals that she was sexually assaulted during her Geordie Shore days
1 year ago
'An upward trend': Sexual assault cases up by 30 per cent in a year, says FSI
1 year ago
The Louis Theroux documentary on sexual assault will air tonight
2 years ago
R. Kelly has been officially charged with aggravated sexual abuse
2 years ago
Louis Theroux is making a new documentary about sexual assault and consent
2 years ago
Upskirting to carry two year jail sentence in England and Wales under new law
Next Page