Breaking: a number of homes in Belfast City Centre are being evacuated

Motorists are being advised to avoid the area.

A number of houses in Belfast have been evacuated after a "suspicious package" was found this afternoon.

The PSNI rushed to Cromwell Road in Belfast following the discovery. 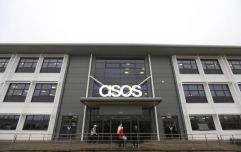 END_OF_DOCUMENT_TOKEN_TO_BE_REPLACED

Motorists are being advised to avoid the area.

"The Cromwell Road is closed following a suspicious package found this afternoon."

This news comes as a wave of suspicious packages have been arriving in areas of the UK.

Yesterday, part of Glasgow University was evacuated as a number of strange packages were discovered in the mail room.

Earlier in the week, suspicious packages were sent to London City and Gatwick Airport, along with Waterloo station.

The packages were delivered with Irish stamps, with a number of people suspecting it was the work of dissidents.

However, a source told the Irish Sun: “This looks more like some lone wolf oddball rather than dissidents to be honest.”

popular
TikTok star arrested and charged with murder of estranged wife
Police in US deny Brian Laundrie DNA rumours
You stars Victoria Pedretti and Dylan Arnold spark romance rumours
Bake Off fans not able for Prue's innuendos last night
Channel 4's Breastfeeding My Boyfriend doc criticised for contributing to stigma
Penneys responds to calls for online store to be set up for Christmas
Brian Laundrie parents 'to cremate body with no funeral' amid mystery over cause of death
You may also like
1 month ago
Taylor Swift is apparently in Ireland right now
2 months ago
Autumn staycation? Right now, you can get a great deal on a weekend in Belfast
4 months ago
Irish woman wakes up on flight going completely in the wrong direction
1 year ago
Mini guide to Belfast: Everything to see and do in staycation season
1 year ago
People who were in close contact with Belfast Coronavirus patient have been contacted
1 year ago
Man being treated for suspected case of coronavirus in Belfast
Next Page