British ex-pat travellers returning to countries such as Singapore are booking short stays in Ireland to get around travel bans.

According to a report in The Irish Times, people returning to countries where travel directly from the UK is restricted, are booking apartments in Dublin for two or three week stays, then heading on to their destination. 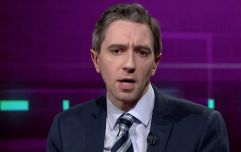 END_OF_DOCUMENT_TOKEN_TO_BE_REPLACED

Multiple countries currently have restrictions on passengers arriving from the UK. Travel to Singapore is currently prohibited for those who have been in the UK in the 14 days prior to arrival, and anyone who has spent two hours or more in the UK in the last 21 days cannot enter Hong Kong.

Non-Indonesians are currently unable to enter that country, and Malaysia's borders are currently closed to British nationals (though some exemptions apply for both those countries).

Under the Common Travel Area, British and Irish citizens can move freely between the two countries - meaning that travellers can circumvent travel restrictions from the UK with a short stay in Ireland.

A source told The Irish Times that people are "killing time" in Dublin, adding that due to Ireland's current quarantine measures means that they "can get out and about, and have walks".

“Ireland is an easy option for [British] ex-pat escapees: cheap flights, lax quarantine implementation and doable ex-pat routes to Asia like Doha that don’t require quarantine if transiting only," the Singapore-based ex-pat told The Irish Times.

The report comes after UK health secretary Matt Hancock announced that travellers entering Britain from "red list" destinations who lie about where they are arriving from could face up to ten years in jail.

"We are coming down hard on people who provide false information on the passenger locator form," Matt Hancock told MPs.

"Anyone who lies on the passenger locator form and tries to conceal that they have been in a country on the ‘red list’ in the ten days before arrival here, will face a prison sentence of up to ten years."

Girls With Goals || Her · Ep.160: The Beauty Of Coaching - Hayley Harrison joins us from Sport Ireland
popular
Regé-Jean Page arrives in Ireland to shoot new movie
The Handmaid's Tale season 4 confirmed for RTÉ2 this May
Hairdressers will be "prioritised" in reopening plan for May
Storm Lola to bring high temperatures to Ireland, says Met Éireann
"I didn't sell anything" Pete Bennett defends sharing Nikki Grahame's last text to him before her passing
Lizzo's nude - and unedited - selfie is so important
Here's what happens on every day of your menstrual cycle (roughly)
You may also like
3 days ago
You can now get a life-size inflatable pub for your back garden
1 week ago
Why Glamping Party Mayo is on my list of places to visit this summer
2 weeks ago
5 walking trails you need to check out when restrictions lift
2 weeks ago
17 amazing beaches to visit for when the weather is decent
4 weeks ago
WATCH: All female Áras Uí Chonghaile discuss partition and the future of Ireland
2 days ago
WATCH: The trailer for the new Sophie Toscan du Plantier documentary is here
Next Page