Brown Thomas and Arnotts are included in the Selfridges sale

The sale has been valued at £4 billion.

Irish department stores Brown Thomas and Arnotts will be included in the sale of Selfridges, which will go to auction soon.

The Weston family, who own Selfridges, have begun the process of auctioning the two businesses. Selfridges' advisor, Credit Suisse, will seek a buyer for the company, which is valued at £4 billion. 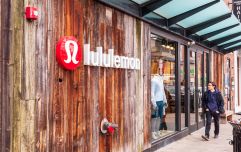 Lululemon to get flagship store on Dublin's Grafton Street

END_OF_DOCUMENT_TOKEN_TO_BE_REPLACED

Documents pitching the stores' value to potential bidders will be sent out later this year.

According to reports, a formal bid for the business has not yet been made, but a number of parties have already expressed interest in the Selfridges sale.

As well as Brown Thomas and Arnotts, Selfridges run 25 businesses around the world. The company was founded over 100 years ago, but the Weston family have controlled it since 2003.

News of the sale of Selfridges first broke a month ago, after an unnamed bidder approached the family expressing interest in buying the business.

While Selfridges has seen some strong performance over the last few years, the Covid-19 pandemic had an impact on the business.

Last year saw the company cut 450 jobs in what was described as their "toughest year" in history.

popular
Bride asks for divorce day after wedding following groom's disrespectful cake stunt
Head of dive squad searching for Nicola Bulley thinks 'something's not right'
These are the most popular names for babies born in February
Here's why Nicola Peltz-Beckham's family are suing her wedding planners
Police believe they know what happened to missing dog walker Nicola Bulley
Couple decide to live on cruise ship permanently after finding it's cheaper than paying mortgage
Man sues friend for £1.9m after she refused to be his girlfriend
You may also like
5 days ago
Our 3 favourite trends from Brown Thomas' Spring/Summer show
5 months ago
Brown Thomas offer 20% off to impacted customers following pricing error
11 months ago
Brown Thomas' IV drip clinic faces backlash from medical professionals
11 months ago
Brown Thomas's Spring Summer 22 launch is all about the contrast of eras
1 year ago
Over 55,000 people already on MAC Advent Calendar waitlist
1 year ago
Brown Thomas unveil its first ever luxurious Christmas Beauty Advent Calendar
Next Page