It's set to come in next year.

The Canadian Government has announced it will decriminalise hard drugs in small quantities throughout British Columbia in a way to tame an opioid crisis that has killed thousands.

Planning to treat addictions rather than sentencing them, federal Mental Health and Addictions Minister Carolyn Bennett said that an exemption from the criminal code to allow for personal possession of opioids, cocaine, methamphetamine and other hard drugs would begin on 31 January 2023 and last three years.

END_OF_DOCUMENT_TOKEN_TO_BE_REPLACED

Adults here will no longer face arrest for possession of up to 2.5 grams of hard drugs, and the drugs will not be seized by police.

Users will now be provided with information on how to seek medical help for addictions.

"For too many years, the ideological opposition to harm reduction has cost lives," Bennett told a news conference.

"We are doing this to save lives, but also to give people using drugs their dignity and choices," she said, adding that it could become "a template for other jurisdictions across Canada."

BC is taking the next steps toward decriminalizing small amounts of certain illicit drugs for personal use, so that we can reduce the fear and shame associated with drug use – making it clear that substance use is a public health issue, not a criminal one. pic.twitter.com/snPhpCGUUd 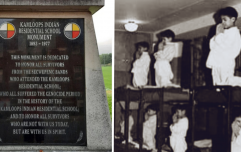 END_OF_DOCUMENT_TOKEN_TO_BE_REPLACED

Kennedy Stewart, the mayor of Vancouver, said that the decision "marks a fundamental rethinking of drug policy that favors healthcare over handcuffs."

He added that it was a "historic, brave and groundbreaking step in the fight to save lives from the poisoned drug crisis" and it would reduce petty crimes. 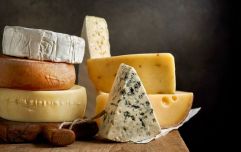 END_OF_DOCUMENT_TOKEN_TO_BE_REPLACED

Other Canadian cities like Toronto and Montreal have said they would also like to see similar legal exemptions come into play.

Speaking at the news conference, she said that the pandemic has impacted it more, saying: "Shame and fear keep people from accessing the care that they need.

"And the fear of being criminalized has led many people to hide their addiction and use drugs alone. And using alone can mean dying alone."

popular
Vogue Williams slams man who refused to swap seats with her on plane
Tasha and Andrew have officially started looking for a home together
Greg O'Shea actually left Love Island to go to his granny's funeral
Ryanair, easyJet and BA issue warning to anyone boarding with smart bag
Green Party representative calls for a temporary ban of stag and hen parties in Ireland
Medics were called into Love Island villa after Ekin-Su had a panic attack
Katie Piper rushed to hospital for emergency eye surgery
You may also like
3 years ago
Canadian jobs fair coming to Dublin for anyone that fancies some work abroad
3 years ago
Woman falls asleep on flight and wakes up in dark, empty and locked plane
3 years ago
This shop is using embarrassing plastic bags to shame customers into bringing reusable ones
3 years ago
Children left in tears as horror movie shown instead of Detective Pikachu at cinema
3 years ago
Property developer offers free avocado toast for one year with every home sold
3 years ago
Seven children from one family killed in house fire in Canada
Next Page