An unidentified woman has filed a lawsuit against the singer and two others.

A woman, choosing to remain anonymous and going by the name Jane Doe, has filed a lawsuit against Chris Brown and two others after she claims she was held at his home and sexually assaulted multiple times.

In the court documents (obtained by TMZ), Doe says she was at Brown’s home for a party in February 2017 when his friend Lowell Grissom Jr (also known as Young Lo) and an unnamed woman, “Doe X”, forcibly held her down and sexually assaulted her.

END_OF_DOCUMENT_TOKEN_TO_BE_REPLACED

In the court documents, the woman says her phone was taken from her and was held at the house with four other women. They were told to take drugs which the woman says she refused.

She says she was forced to perform oral sex on Grissom and Brown’s female friend before she was allegedly raped twice by Grissom. 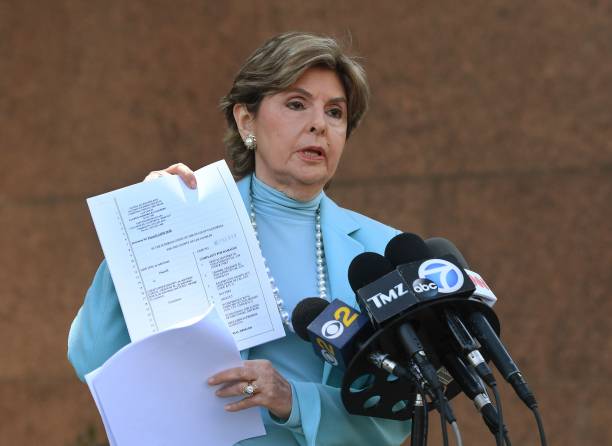 The woman says she later went to a rape treatment centre and spoke to law enforcement to report the incident.

The victim is now suing for sexual battery, battery, assault and intentional infliction of emotional distress, to name just a few.

Brown is being sued because the victim said she wasn't allowed to leave his home.

The victim is being represented by women’s rights attorney, Gloria Allred, who says this is “one of the most horrific sexual assault cases” she has worked on at a news conference today.

Chris Brown’s lawyer, Mark Geragos, told TMZ that his “investigation shows that none of these allegations are true," and said that "Chris is a target.”

Girls With Goals || Her · Ep.161: Feeling Peachy - Sharon Keegan of Peachylean on being an absolute BOSS!
popular
Bride dislocates her leg during her first dance in viral clip
Emilia Clarke is set to be the next Marvel superhero
Goodbye McDreamy! Disenchanted officially wraps filming in Enniskerry
Covid-positive man boards flight disguised as wife
Met Éireann issue thunderstorm warning amidst heatwave
Here's what happens on every day of your menstrual cycle (roughly)
Jennifer Lopez and Ben Affleck just became Instagram official
You may also like
12 hours ago
A fab new food hall and restaurant is coming to Dundrum Town Centre shortly
1 day ago
Survivor Charlene Masterson waives anonymity to encourage others to speak out on abuse
3 days ago
Status orange weather warning issued for six counties
1 week ago
Marissa Carter shares "good news" as Carter Beauty wins bronze at green beauty awards
1 week ago
Please don't ask me when I'm going to buy a house
1 week ago
You can get free 'Super Likes' on Tinder if you support the vaccine now
Next Page