On Friday, it was announced that the Trump administration was going to rollback on rules that made sure companies included birth control as part of health insurance.

The mandate, introduced under Obama, meant that companies could not refuse to supply contraception based on religious or personal beliefs. END_OF_DOCUMENT_TOKEN_TO_BE_REPLACED

The change comes as a part of Trump's overhaul of the Obamacare system which was left in place following Trump's inauguration.

The US Department of Health and Human Services said that they wanted to rollback on women's access to free contraception so people do not feel "discriminated because of their religious ideas."

They also referenced a study which claimed that contraception encourages "risky sexual behaviour." 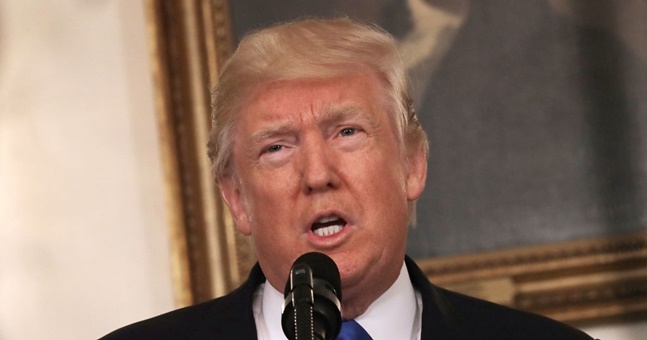 END_OF_DOCUMENT_TOKEN_TO_BE_REPLACED

Since the announcement was made, many have taken to Twitter to voice their anger and concerns about the change.

One of those people was Hillary Clinton, who called the rollback a "blatant disregard for medicine, science, & every woman's right to make her own health decisions."

Rolling back no-copay birth control shows a blatant disregard for medicine, science, & every woman's right to make her own health decisions. https://t.co/bqUxEIT7nY

Others echoed her disappointment with many American women saying that the rules under the Obama administration had allowed them to access birth control when they could not afford it themselves.

Since the benefit passed, women have saved 1.4 billion dollars on birth control. This would return that burden to hundreds of thousands. 8/

An attack on birth control coverage is outrageous. Access to birth control has been *essential* to women’s progress. #HandsOffMyBC

They added that almost 90 percent of women of reproductive age have used birth control in their lifetime.

In a bid to stop the change from happening, the American Civil Liberties Union (ACLU) announced that they were suing the Trump administration.

They urged others to add their voices to the cause - "before it's too late."

popular
Vogue Williams slams man who refused to swap seats with her on plane
Mum charged with murder after allegedly leaving baby in hot car
New Zealand family find two bodies in second hand suitcases
This is the exact date the weather will get warm again
Are we getting a mini heatwave in September?
Get Out has officially dropped on Netflix and we know what we're watching tonight
Crown Paints advert receives 200 complaints over 'misogyny' and 'everyday sexism'
You may also like
10 months ago
Are we really still debating whether contraception is a good thing?
10 months ago
Liveline caller says free contraception not needed as “everybody has an imagination”
10 months ago
Opinion: The government's free contraception initiative falls short in many ways
10 months ago
Free contraception to be made available to women aged 17-25 next year
10 months ago
Doctors issue warning over dangerous IUD removal trend on TikTok
11 months ago
France to give free contraception to women up to 25
Next Page