Couple arrested over assault on baby girl released without charge

The infant is in critical condition.

A couple arrested in connection with an assault on a newborn baby have been released without charge.

According to The Independent, the woman was released from Dundalk Station this afternoon. 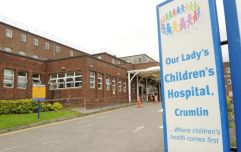 END_OF_DOCUMENT_TOKEN_TO_BE_REPLACED

The man was released from Drogheda Garda Station on Tuesday evening.

The 9-week-old baby has been in hospital since September.

She was found with severe injuries at her home in Louth on September 13th.

END_OF_DOCUMENT_TOKEN_TO_BE_REPLACED

A couple allegedly told Gardaí that she fell down the stairs.

The couple was arrested by Gardaí on November 1st.

A file is now being prepared for the DPP.

The couple was arrested separately on November 1st. They were also taken to separate Garda stations in Dundalk and Drogheda. 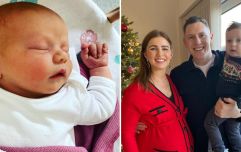 END_OF_DOCUMENT_TOKEN_TO_BE_REPLACED

Specialist officers questioned the couple, but they have been since released without charge.

The couple was held under Section 4 of the Criminal Justice Act.

The infant has been in a critical condition since September 13th.

After arriving on the scene, Gardaí were told the infant fell down the stairs. However, Gardaí upgraded the case to a criminal investigation.

Gardaí do not believe the child was injured accidentally.

Gardaí and Tulsa are also working together as the investigation continues.