Recently Jennifer Anniston has been the Instagram queen sharing cute reunion photos of herself and the Friends gang along with her shenanigans with Reese Witherspoon.

This week though it was Courteney Cox and her Instagram that everyone was obsessed with after she shared this adorable mother/daughter snap.

Our first formals! I’m not saying times have changed but, someone is a little more “formal” than someone else. Obviously it was a little chillier in Alabama. #simplicitypatterns

Both Courteney and Coco look stunning but the Friends star did bring attention to her far more conservative outfit especially after someone asked her in the comments if she was wearing a turtleneck;

"Our first formals! I’m not saying times have changed but, someone is a little more “formal” than someone else. Obviously it was a little chillier in Alabama."

Others who spotted the photo couldn't help but comment on Cox's retro hairdo;

Wanna see your child lose their patience? Do a TikTok with them. #familyaerobics 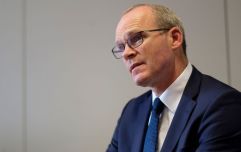 END_OF_DOCUMENT_TOKEN_TO_BE_REPLACED

Coco, who is also the daughter of actor David Arquette, often makes an appearance on her mother's Instagram and we're loving the mother/daughter content.

Coco has already racked up a few credits on IMDB but we wouldn't mind seeing a TV show (or even a reality) show with both Coco and Courteney.

Who knows if that Friends reunion episode is happening Coco could even make an appearance as Monica and Chandler's daughter Erica.

We can live in hope at least.

I love this family and our Christmas Eve tradition. Some things never change...much. 🎄♥️🎄 #family

Cox is currently in a relationship with Snow Patrol band member Johnny McDaid and was even spotted around and about Ireland several times last year.

Aside from potentially rejoining the crew at Central Perk, Cox has recently appeared in Modern Family and is currently filming a new TV show Last Chance U.


popular
#Covid-19: Six-week-old baby dies after testing positive for coronavirus
Zara's €20 top comes in eleven different colours and it's the cosy comfort we need
Leighton Meester and Adam Brody are 'expecting their second child together'
The salted crème egg fudge recipe that is the perfect Easter treat
#Covid-19: Ireland pledges €10 million to help world's most vulnerable countries tackle crisis
Three simple yoga moves to try as part of your morning routine
These €26 Zara trousers are the next best thing to tracksuit pants (and they come in three colours)
You may also like
1 month ago
Courteney Cox has opened up about the Friends reunion, and what we can expect
4 months ago
Friends fans couldn't BE any happier about Monica and Chandler's reunion snap
5 months ago
Courteney Cox and David Beckham are sharing a hot tub, and other things you definitely needed to see today
10 months ago
Lisa Kudrow didn't have the best time working with Jennifer Aniston and Courteney Cox
10 months ago
Courteney Cox shares emotional Friends throwback from before the show ever aired
3 years ago
Courteney Cox's daughter Coco is all grown up and we feel ANCIENT
Next Page