Peter Kay will make his first TV appearance in two years this month.

The popular comedian will appear on BBC's The Big Night In, a charity event fundraising for Children In Need and Comic Relief.

His much-anticipated return is set to have his many fans tuning in particularly as it's been two years since his last TV appearance, with series Car Share in 2018. 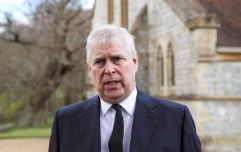 END_OF_DOCUMENT_TOKEN_TO_BE_REPLACED

The news was announced yesterday evening and it's thought that a number of other household names have signed up including Gary Barlow and Catherine Tate.

Sharing the news on The One Show last night, Lenny Henry explained that both charities are coming together for the first time and its organisers "want to cheer people up in this terrible crisis".

According to reports, the show will concentrate on acts of kindness that have been experienced in communities coming together since the outbreak of the Covid-19 virus.

The live show will take place on Thursday, April 23 at 7pm and it's gearing up to be a great night. 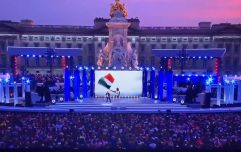 END_OF_DOCUMENT_TOKEN_TO_BE_REPLACED

Peter Kay was due to tour in May this year but on account of the coronavirus, the dates have now been postponed.

People have been advised to hold onto their Dance for Life tickets as rescheduled dates will be announced due course.

"Obviously this is disappointing news but well and truly justified given the circumstances. We'll get through this, together and then we'll all have a great big dance for life.

"Stay safe and look after yourselves and the people around you."

popular
Netflix's true crime series Sins of our Mother is seriously insane
So, William and Harry have a step sister... and who knew?
Love Island's Paige opens up on the moment she changed her mind about Jacques viewers didn't see
Why Are Men so Obsessed With Boobs? The Answer is Pretty Surprising...
Dyson's new limited edition hair tools is our Christmas list sorted
Brian O'Driscoll brings the wrong dog home from the groomers
Irish model Kelly Horrigan announces she has had her first baby
You may also like
1 month ago
Peaky Blinders actor to star in Magdalene Laundries BBC drama
1 month ago
David Attenborough is coming to Ireland for new nature documentary
4 months ago
Conversations With Friends tackles sexuality the way Normal People tackled sex
4 months ago
BBC's Deborah James tells husband to "move on" after her passing
4 months ago
Podcaster Deborah James says "no-one knows how long I've got left" as she moves to hospice
6 months ago
Tributes pour in for actress Lynda Baron, who has died aged 82
Next Page