David Beckham handed over his Instagram account to a Ukrainian doctor over the weekend in an effort to raise awareness of humanitarian efforts in Ukraine and how people can donate to the cause.

Acting in his UNICEF ambassadorial capacity - a role he has held since 2005 - the 46-year-old sporting icon handed over the reins of his Instagram account to Dr Iryna, the Head of the Regional Perinatal Centre in Kharkiv, Ukraine.

END_OF_DOCUMENT_TOKEN_TO_BE_REPLACED

As he explained in the short 38-second video, Dr Iryna and her colleagues in Ukraine are helping pregnant mothers give birth safely amid the chaos and uncertainty of the Russian invasion, with the money raised by organisations like UNICEF helping to pay for vital equipment - like oxygen generators - that are essential for child delivery.

Giving Dr Iryna his 71.6 million-plus followers, Beckham directs people to his Insta stories where the doctor has been informing social media of the challenges of looking after mothers and newborns during times of war.

The first shocking image she shows is the basement where people had to evacuate to after the shelling started - Kharkiv, Ukraine's second-largest city, being one of those worst hit by artillery barrages.

Iryna goes on to explain the heartbreaking conditions they have to work under, being unable to take care of babies in intensive care as they must remain where life-saving equipment is available, adding that her workday is "24/7 now. I'm here all day". 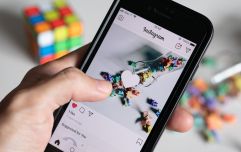 END_OF_DOCUMENT_TOKEN_TO_BE_REPLACED

She goes on to tell the story of Yana and her baby son, Mykhailo, who was born with breathing problems and now must remain in the bomb shelter for the foreseeable after their home was destroyed during the bombing.

This is just one of far too many stories that Dr Iryna and Beckham are trying to raise awareness around, with their final post ending with a call for others to donate to UNICEF's crucial campaigning in the country.

Beckham has been praised online for sharing his platform in this way, as has Dr Iryna for her tireless work.

You can do your bit by donating to their incredible efforts here.

popular
Smyths issues warning to parents ahead of Christmas
So, William and Harry have a step sister... and who knew?
Rylan Clark was hospitalised with two heart failures after marriage breakdown
Riverdale actor Ryan Grantham charged with murder of his mother
An All-Stars I'm A Celeb is officially happening
RuPaul's Drag Race star Cherry Valentine passes away aged 28
Marnie Simpson reveals her baby boy has plagiocephaly
You may also like
1 week ago
Employment lawyer warns against using BeReal at work
4 months ago
Gogglebox star Mary criticised over Boris Johnson comments
4 months ago
Irish influencer Claudine Kehoe welcomes her first child
6 months ago
Kanye West has finally been suspended from Instagram
8 months ago
Woman tests positive for Covid mid-flight, isolates for 5 hours in bathroom
10 months ago
Woman recalls giving birth to surprise baby after cryptic pregnancy
Next Page