You work hard, don't you? You earn every penny of your paycheque and feel proud of doing so. And so you should. Now imagine having to work twice as many hours as you already do in order to prevent people from dying to the point that it drives you to tears every night. And then imagine being greeted at work by hordes of people telling you the reason you're having to work so hard is a hoax.

That is unfortunately the lives many NHS workers and other healthcare staff have had to endure throughout this pandemic. But the abusive conspiracy theorists are not confined to the hospital doors. That abuse follows our nurses and doctors home, as they are bombarded on social media with vitriolic messages. 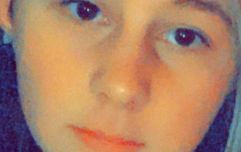 END_OF_DOCUMENT_TOKEN_TO_BE_REPLACED

Dr Samantha Batt-Rawden is an intensive care registrar and Doctors' Association UK President. She told the BBC that NHS staff are facing "devastating" abuse online and at protests.

Batt-Rawden says she receives between 20 and 30 abusive messages every day from Covid-19 deniers, one of whom told her: "I couldn't care less who I apparently murder by not wearing a mask."

"I've been a doctor for about ten years in the NHS," she said. "We have actually had quite a lot of abuse, particularly on social media."

"It's mainly around that Covid is somehow a hoax, on a conspiracy. So people just not believing NHS staff who are trying to speak up about how bad things are on the front line at the moment.

"I've had somewhere between 20 - 30 abusive messages a day. And that's been everything from swearing and calling me names to saying: 'Well I don't care who's dying, you can't tell me what to do.'

"That's really hard when you're giving your all to try to save patients on the front line, when things are so difficult, when you are working all the hours God sends and there are some people who don't support you.

"I cannot tell you how much this has devastated morale." 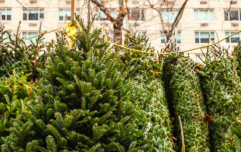 END_OF_DOCUMENT_TOKEN_TO_BE_REPLACED

She recalls a junior doctor, working in A&E, who told her: "I really don't want to go in," because there was a "horde of people telling me Covid was a hoax, shouting at me and I was half broken."

To combat the abusive messages, Batt-Rawden set up a campaign on Twitter, asking people to post blue heart emojis in a show of support for NHS staff.

"I never thought in a million years it would catch on," she says. "But it did."

#NHSBlueHeart became the top trend in the UK, and A-list celebrities began adding blue hearts to their usernames.

I am devastated by the abuse NHS staff are getting on Twitter. You might have noticed I’ve been posting 💙 for a while hoping it will catch on...but if you stand with the NHS and it’s staff please you will help turn Twitter blue and pop an #NHSblueheart on your name? Pls RT! pic.twitter.com/9X8s9HdGZY

"Most people are firmly in our corner and have wanted to show that," she says.

popular
Tributes pour in for designer Virgil Abloh following death at 41
8 of the hottest make-up trends to try this festive season
The best memes from this year's Late Late Toy Show
Japan to close its borders to tourists to prevent Omicron spread
The internet is saying the same thing after Ryan's Toy Show opening
Strictly's Giovanni Pernice responds to dating rumours following split from Maura Higgins
Top 9 moments from the Toy Show we're still talking about
You may also like
3 days ago
I'm A Celebrity's Richard Madeley rushed to hospital after falling ill
1 week ago
Gogglebox fans call for ban after Friday episode hit with complaints
2 weeks ago
Tiny baby born at 21 weeks named the world’s most premature to survive
2 weeks ago
Baby born with human tail at 35 weeks
2 weeks ago
Missing 16-year-old rescued after using TikTok hand signals
3 weeks ago
Mum gives birth to 14lbs 15oz baby, believed to be UK's 3rd biggest on record
Next Page