For the first time since Biden was projected winner of the US election, Donald Trump has admitted defeat, while maintaining his baseless claims of voter fraud.

President Trump tweeted on Sunday: "He won because the Election was Rigged. 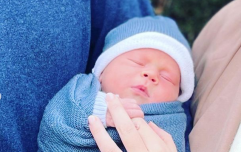 END_OF_DOCUMENT_TOKEN_TO_BE_REPLACED

"NO VOTE WATCHERS OR OBSERVERS allowed, vote tabulated by a Radical Left privately owned company, Dominion, with a bad reputation & bum equipment that couldn’t even qualify for Texas (which I won by a lot!), the Fake & Silent Media, & more!"

Obviously, this is Trump at his usual level of wild inaccuracy on Twitter, and no evidence has been supplied to back up his claims of voter fraud.

Twitter flagged the tweet as containing misinformation, with its function that has been used on the vast majority of Trump's tweets since the election.

Before Sunday, Trump had repeatedly refused to accept defeat despite Biden passing the threshold of 270 electoral college votes, secured after Pennsylvania was projected blue.

As recently as Wednesday, Trump's secretary of state Mike Pompeo said there would be a "smooth transition to a second Trump administration", maintaining the notion that Trump would emerge victorious.

But the Trump camp appear to be accepting defeat, with this tweet, - albeit defiant and full of false excuses - acknowledging Biden's victory.

Numerous reports citing inside sources have claimed that Trump's mood has drastically changed in the past few days, with the president 'depressed' and 'worried about going to prison' following his departure from the white house.

Girls With Goals || Her · Ep.155: 'Bits of Me' - Linnea Dunne on the importance of women's health
popular
Tried and tested: I tried the viral TikTok mascara hack to see if it really works
Matilda's Bruce Bogtrotter is a doctor now - and he doesn't even like chocolate
Someone has ranked the penis size of men from all over the world
Kate Winslet experienced "horrible" body shaming after Titanic
Love is dead... Shakira and her husband Gerard have reportedly split
Scarlett Moffatt discovers ‘30% rain’ on weather app doesn’t mean chance of rain
Here's what happens on every day of your menstrual cycle (roughly)
You may also like
1 day ago
Rapper Slowthai agrees to stop spitting in fans' mouths at gigs due to Covid-19
2 days ago
Scarlett Moffatt discovers ‘30% rain’ on weather app doesn’t mean chance of rain
1 week ago
Framing Britney Spears available to watch on Irish TV from February 16
1 week ago
Meghan Markle is pregnant with baby #2
2 weeks ago
Wearing two masks offers significantly greater protection from Covid-19, study finds
2 weeks ago
Michelle Obama is launching a children's cooking show on Netflix
Next Page