The new iPhone 7 was unleashed upon the world just days ago, but already there's something weird going on with them, apparently.

Some iPhone users who got the first tranche of the new Apple devices are reporting that their shiny new phones are making a very strange noise.

There have been reports that some of the new iPhone 7 models are hissing at users.

While there's no official explanation yet for what the hissing sound is, and no word from Apple, it appears to be making the strange sound when the handset's processing power is pushed to the limit.

It appears to have first been noticed by Stephen Hackett at 512 Pixels, who said: 'As my iPhone 7 Plus was restoring from iCloud, I thought I noticed some sound.

'After picking the device up from my desk, it was clear the sounds are coming from back of the phone, possibly from the CPU.

'It seems to get worse if the iPhone is under load.

'It’s loud enough to be heard even if the iPhone is just sitting on the table'.

The tech firm were quick to remedy the problem for Mr Hackett after he got on the phone (presumably a landline) to AppleCare and the firm said it would replace the handset.

But he's not the only one. YouTuber DetroitBORG uploaded a video purporting to show this bizarre noise in action. 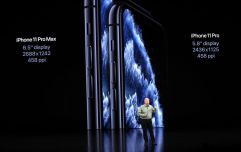 END_OF_DOCUMENT_TOKEN_TO_BE_REPLACED

It seems like the problem is mostly affecting the iPhone 7 Plus models - and in particular when devices are being restored from new.

People are speculating what's causing the new devices to hiss. But the most likely explanation is when the new A10 Fusion processor is put under a particularly heavy load.

One such instance, which seems to tally up with reports, is when people are restoring a new phone from a back up which uses a huge amount of processing power.

It's already being dubbed 'HissGate' on Twitter and follows on from similar 'gates' when Apple products launch including BendGate (remember that?) and the notorious AntennaGate.

People on Twitter were all making the same jokes...

New feature of #iPhone7 use it as maracas #HissGate 😪

#hissgate One thing is for certain.. it's not coming from the headphone jack.

The hissing is a tiny snake installed in every iPhone7, tempting you to bite into the apple. #Hissgate

Still, it could be worse...

popular
Kourtney Kardashian and Scott Disick are officially back together
Reindeer ornament includes penis, people excited by this
Someone has ranked the penis size of men from all over the world
Gwen Stefani reportedly pregnant with baby number four
Katie Hopkins refuses to wear a mask on flight from LA to London
From blonde to brunette - 6 things I wish I knew before going back to my roots
Matthew McConaughey has been swooning over his wife again, and same
You may also like
8 months ago
Apple to begin production on biggest TV show ever produced in Ireland
11 months ago
Apple has banned all vaping apps from the App Store
1 year ago
Apple have introduced period and disability emojis in their latest update
1 year ago
Eir launches brand new TV service which includes Apple TV 4K boxes
1 year ago
Apple just announced that it is officially getting rid of iTunes
1 year ago
Apple is waving farewell to iTunes next week as the app is set to be deleted
Next Page