This is so sad.

Dublin alternative radio station TXFM is to shut down before October 26th, 2016, according to a statement released by the Broadcasting Authority Of Ireland.

The station, which had just celebrated its second birthday will wind down this year, with six full-time staff being made redundant. 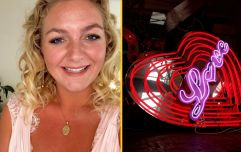 Journalist has sex live on radio during swingers club feature

END_OF_DOCUMENT_TOKEN_TO_BE_REPLACED

The BAI had said there were two declarations of interest for the licence, and the issue will be discussed at a meeting in April.

This is a real blow to Irish radio, as TXFM had added some much-needed musical diversity to the airwaves over the past two years.

popular
The Daly Dish's Gina introduces newborn baby Gene to the world
Arthur Labinjo-Hughes' grandad says murderers “must never see the light of day again”
Man dies after being attacked by newly calved cow in Mayo
Status red weather warning issued for two counties
WATCH: The new star-studded trailer for the Harry Potter reunion show is here
Mask rule for primary schools is being revised by Government as a third of tests are children
Officers who shared photos of murdered sisters on WhatsApp jailed
You may also like
5 months ago
Women don't naturally orgasm... so says this all-male radio show
6 months ago
Doireann Garrihy confirms new 2FM breakfast show and start date
1 year ago
"I didn't feel like I fitted in": Why Fearne Cotton walked away from high-profile radio gig
2 years ago
Muireann O'Connell gained thousands of listeners before being 'fired' from Today FM
2 years ago
Gerry Ryan's voice will return to RTÉ 2FM in an hour-long special today
2 years ago
Doireann Garrihy and Eoghan McDermott to host new 2FM breakfast show
Next Page