The owl was last seen heading towards the M7.

An eagle owl capable of eating a fully grown deer has gone missing in Kildare.

The owl, named 'Tank' but nicknamed 'Owlington', escaped from her home in Curragh Grange while she was being fed on Friday.

Owner Darren Jackson believes that Tank is still in the area.

She was last seen flying towards the M7.

Jackson told KFM Radio that the owl may have traveled up towards Caragh, which is approximately a 10 or 15 minute drive away from his home. 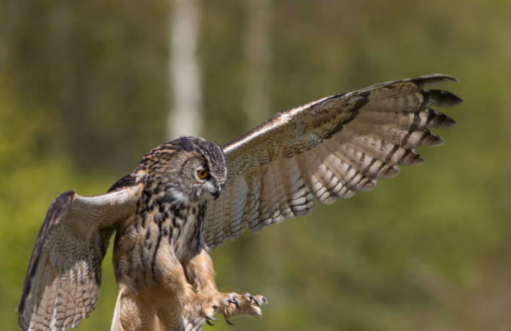 "With the wind carrying her, that would have been a very short flight, it wouldn't have been much of a distance at all," he said.

"So I think realistically Naas, Sallins. Pretty much anywhere in the Kildare area at the moment is likely."

Owlington escaped from her home last week after she was spooked by a passing cat.

Eagle owls, or Eurasia eagle owls, are one of the largest owl species in the world. Females can grow to a total length of 75 cm with a wingspan of 188 cm.

They weigh almost 10 times the weight of a regular barn owl.

popular
Horrifying CCTV footage shows woman being kidnapped by her boyfriend
Viewers left unimpressed after “ridiculous” Operation Transformation scene
Women are rinsing their hair in apple cider vinegar – and the results are amazing
Mark Labbett apologises after storming off The Chase set
Crystal Swing's Dervla calls for more supports for children with autism
IKEA's new spring collection is here – and we had a sneak peek
Worried about a loved one? Here are 5 signs of suicide to look out for
You may also like
1 week ago
Appeal for missing 19 year old Jodie last seen in Kildare
3 months ago
Buying a home in Dublin, Meath, Kildare or Wicklow? Don't miss this free virtual mortgage advice event
5 months ago
6 incredible outdoor experiences in Kildare you need to do this summer
2 years ago
Second boil water notice issued for parts of Dublin, Kildare and Meath
2 years ago
80s icons return! The Forever Young Festival is happening THIS weekend
2 years ago
Breaking: Two men have been killed in an aircraft accident in County Kildare
Next Page