The actress died from brain cancer.

END_OF_DOCUMENT_TOKEN_TO_BE_REPLACED

The actress, born in Bray, was best known for her role in Eastenders.

She joined the popular soap in the 90s. Melanie played Mary Flaherty, who was Pauline Fowler's long-lost relative. She also starred in The Clinic, The Railway Children, and Lady Audley's Secret. Melanie also had a part in Fair City.

As well as acting, the Bray-born star was a writer, director, and producer.

How sad to hear we have lost one of the gang. RIP dear Melanie 💕
Remembering happy days @bbceastenders #MelanieClarkPullen pic.twitter.com/JzZUmR6a7j 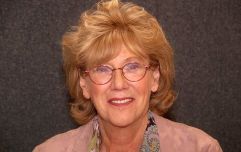 END_OF_DOCUMENT_TOKEN_TO_BE_REPLACED

Tributes have been pouring in for the actress since news of her death broke this afternoon.

She was initially diagnosed with cancer in January 2019 but was given the all-clear in 2020. However, her cancer returned and she was diagnosed with a brain tumour last June.

She shared an update with fans on her website, writing: "I was only given the all clear from cancer 18 months ago and it's a cruel blow to think that I will now be starting into some kind of treatment again and that this time it will be long term and a permanent fixture of my life." 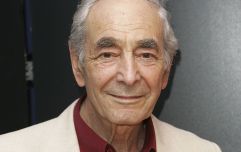 END_OF_DOCUMENT_TOKEN_TO_BE_REPLACED

Fans have been paying tribute to the actress this afternoon.

One wrote, "Another one taking from the dreadful C. RIP Melanie Clark Pullen. She played Mary Flaherty in EastEnders from 1997 to 1999. The first Irish barmaid in EastEnders. Also a part of the 1997 Irish episodes. Fowler's."

Mary is survived by her husband Simon and their three children.