Ellen DeGeneres is to end her famous talk show after 18 seasons and more than 3,000 episodes.

According to the Daily Mail, there will be one more series of the show before it is pulled off the air. The publications have quoted a source close to the host as saying that Ellen has "had enough and told her team that she's done." 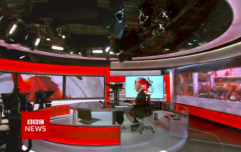 END_OF_DOCUMENT_TOKEN_TO_BE_REPLACED

The source said: 'She's promised one more season after this one and will exit at the end of the 2021/2022 season - the 19th season of the show.' they said. 'The ratings have tanked and have been truly appalling this year and Ellen knows her time is up."

The show's demise comes after allegations emerged from former and current employees of the show last year that DeGeneres created a toxic work environment, and that the host turned a blind eye to bullying by executives.

An announcement is expected to come from Ellen and Warner Brothers on Wednesday afternoon.

The source told the Daily Mail: "The show has bled viewers since the toxic environment around Ellen and her show was made public." 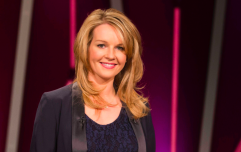 Claire Byrne has landed a new presenting gig with RTÉ

END_OF_DOCUMENT_TOKEN_TO_BE_REPLACED

Ratings had apparently dropped by 40% in New York and Chicago, whilst she has apparently lost a huge 59% of viewers in Los Angeles and 50% in San Francisco.

The show's latest season premiere got an average of 1.5 million viewers in September, down by 1.1 million on the previous year, before allegations of a toxic environment and bullying had emerged.

In the season premiere, the host said: "I learned that things happen here that never should have happened. I take that very seriously. And I want to say I am so sorry to the people who were affected.

"I know that I'm in a position of privilege and power, and I realize that with that comes responsibility. I take responsibility for what happens at my show. 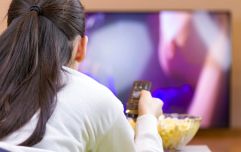 The most-watched progammes on RTÉ in 2017 have been revealed

END_OF_DOCUMENT_TOKEN_TO_BE_REPLACED

"This is me and my intention is to always be the best person I can be, and if I've ever let someone down, if I've ever hurt their feelings, I am so sorry for that. If that's ever the case, I've let myself down and I've hurt myself as well because I always try to grow as a person.

"I look at everything that comes into my life as an opportunity to learn. I got into this business to make people laugh and feel good, that's my favorite thing to do."

popular
Parents told to stop buying selection boxes for kids- here's why
We could be getting snow this Thursday, according to Met Éireann
This Netflix Christmas film is being dubbed the perfect rom-com
Why Are Men so Obsessed With Boobs? The Answer is Pretty Surprising...
Only watch this new Netflix film if you want to bawl your eyes out
EastEnders' Samantha Womack "thankful" as she is now cancer-free
"You can’t imagine what it feels to have had a baby and yet feel like you didn’t"
You may also like
2 weeks ago
Place In The Sun star Jasmine Harman tears up during emotional episode
2 weeks ago
'Neighbours' set to return to UK screens in sensational comeback
3 weeks ago
David Walliams recorded making sexually explicit comments about BGT participant
3 weeks ago
Vernon Kay 'solves' real reason behind Olivia Attwood's I'm A Celeb exit
3 weeks ago
Reported figure each celeb has been paid to appear on this year's I'm A Celeb
3 weeks ago
Olivia Attwood’s fiance speaks out after her I’m a Celeb exit
Next Page