A former fitness trainer has been found guilty of assaulting his former partner and mother of his children.

31-year-old Francis Usanga punched his then-partner, Emma Murphy, in the face during an attack outside a Dublin gym when she accused him of cheating on her.

Their two children were waiting in the car at the time. 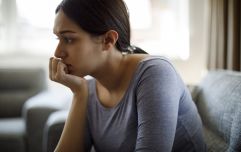 END_OF_DOCUMENT_TOKEN_TO_BE_REPLACED

The Irish Independent report that the court heard how a video Ms Murphy shared on Facebook after the assault went viral.

Her former partner claimed that this was done to try and “destroy” him, but Ms Murphy insisted she had been trying to speak out regarding violence against women and “sharing her story with other women”. 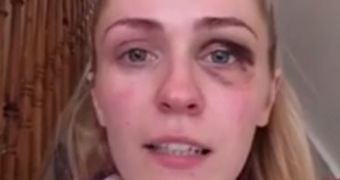 Mr Usanga claimed that he pushed her in self defence, saying he felt his “life was in danger” after she threw a mobile phone at him.

Judge Bryan Smyth found him guilty, adjourning the sentencing to give Ms Murphy time to get her victim impact statement ready.

Mr Usanga had previously pleaded not guilty to assault causing harm to Ms Murphy outside of the north Dublin gym on July 3, 2015.

If you are affected by the issues in this story, information and support services are available by visiting Women’s Aid.

popular
Man arrested after woman raped on train as passengers filmed it
Nightclubs will return with proof of vaccination under Government's new reopening plan
Jamie Redknapp marries girlfriend without ever announcing engagement
Giovanni serenades Strictly partner Rose after Maura split
"Real-life consequences": Strictly's Adam Peaty addresses near-kiss rumours
Will the clubs be reopening on October 22? Here's what we know so far
Family of four found dead in hotel sauna
You may also like
23 hours ago
Additional support needed for victims of human trafficking in Ireland, IHREC says
1 day ago
New Zealand rugby star dies in car crash at 25
1 day ago
Police search for missing 4-year-old girl in Australian outback
1 day ago
Family of four found dead in hotel sauna
4 days ago
Husband of world champion runner Agnes Tirop arrested over death
4 days ago
Motorcyclist in his 20s dies following two-vehicle collision in Dublin
Next Page