The next seasons of everything from The Walking Dead to Westworld could be put on indefinite hold as the writer's of your favourite shows have voted in favour of strike action.

You may recall the same thing happening about ten years ago when the writers voted to strike in order to get a (well-deserved) pay rise, and now that the deal from the contract has come to an end, the same thing is about to kick off once again.

The strike action could take place as early as May 2, as the Writers Guild Of America - who don't just represent TV show writers, but movie scriptwriters too - are looking to work out a deal by Monday 1 May, and if one isn't reached, then it will be pens down for pretty much every creative writer in the States, as 97% of them voted in favour of the strike action. 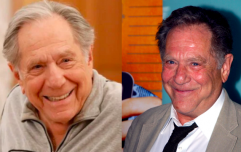 END_OF_DOCUMENT_TOKEN_TO_BE_REPLACED

The Alliance of Motion Picture and Television Producers issued a statement (via Variety) in response to the strike authorisation announcement: “The companies are committed to reaching a deal at the bargaining table that keeps the industry working. The 2007 Writers Strike hurt everyone.

Writers lost more than $287 million in compensation that was never recovered, deals were cancelled, and many writers took out strike loans to make ends meet. We remain focused on our objective of reaching a deal with the WGA at the bargaining table when the guild returns on 25 April."

That previous strike lasted 100 days and brought many major TV shows to a screeching halt, as well as some high profile movies that were in the middle of last-minute script-revisions, and this time the writers guild is looking for a raise in the minimums and script fees to mirror the changes in how TV series are now broadcast, as currently payment structures are lower for cable and streaming services than on broadcast networks, i.e. writers for Netflix shows get paid less than writers for NBC.