Sixteen-year-old Sam Kanizay from Brighton Beach, Melbourne had just come home from playing football and his legs were tired and very sore after all that exercise.

Doing the logical thing of giving them a dip in cold water, he headed across the road into the sea and stood in the cool water in an effort to soothe his legs.

When he hopped out, he soon realised his feet and calves were bleeding. The teen ran inside and told his dad what had happened. This was when the two found thousands of tiny bites covering poor Sam’s legs!

16-year-old Sam Kanizay in hospital after he emerged from a dip in the ocean with his legs covered in blood after sea lice attack pic.twitter.com/NMRAZ6yXwG 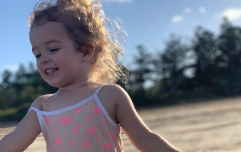 END_OF_DOCUMENT_TOKEN_TO_BE_REPLACED

According to the Guardian Australia, Sam’s dad said that once they got Sam's legs cleaned up, the bleeding would start immediately again and so they went straight to hospital.

The teen also rated the pain eight out of ten when arriving.

What caused all the grief, pain and panic? Sea lice, also known as lysianassid amphipods. These tiny crustaceans it seems, are attracted to chemicals in meat or flesh. Yikes.

Sam Kanizay's dad thinks these bugs bit his son. He caught them with a piece of meat at Brighton after teen was attacked @7NewsMelbourne pic.twitter.com/b7hah3YCYV 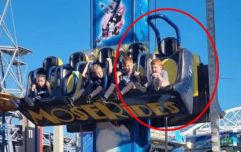 END_OF_DOCUMENT_TOKEN_TO_BE_REPLACED

Although they don’t cause lasting damage, they’ve caused us enough mental scaring for one evening and given Sam a day he’ll probably never forget.

Holiday makers, although this seems to be incredibly rare, it might be a good idea to stay cautious.

popular
So, William and Harry have a step sister... and who knew?
Netflix's true crime series Sins of our Mother is seriously insane
Rylan Clark was hospitalised with two heart failures after marriage breakdown
Smyths issues warning to parents ahead of Christmas
Brian O'Driscoll brings the wrong dog home from the groomers
Why Are Men so Obsessed With Boobs? The Answer is Pretty Surprising...
Riverdale actor Ryan Grantham charged with murder of his mother
You may also like
4 months ago
Australia looks to tempt Irish working holidaymakers with €10 flights Down Under
6 months ago
Neighbours officially to be taken off the air after 37 years
6 months ago
Baby boy rescued and returned to parents after sitting in stolen car for three hours
7 months ago
British man killed by shark in Sydney's first fatal attack in almost 60 years
7 months ago
Australia officially classes koalas as an endangered species
7 months ago
Australia to reopen to tourists later this month
Next Page