The journalist was shot dead in April 2019.

The 29-year-old was shot dead by dissident republicans in Derry 2019. At the time, she was observing rioting in the Creggan area. 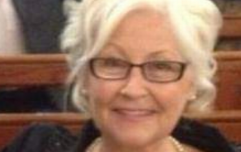 END_OF_DOCUMENT_TOKEN_TO_BE_REPLACED

The dissident group, which is known as the New IRA took responsibility for her death in a statement.

The arrested men, who are aged 19, 20, 21 and 33 were arrested yesterday morning in Derry under the Terrorism Act. They have been transported to the serious crime suite at Musgrave Police Station in Belfast, where an interview is pending.

In a statement, DS Jason Murphy of the PSNI said: "These arrests are the culmination of a detailed two-year investigation into Lyra’s murder and the events which preceded it.

"The local community have supported the Police Service of Northern Ireland throughout the course of this protracted investigation and I wish to thank them for their continued support and patience whilst this phase of the investigation is ongoing."

Another man, Paul McIntyre, 53 from Kinnego Park in Derry has already been charged with the murder of McKee.

popular
Claire Byrne Live viewers in shock as woman shares family DNA secret
2 children hospitalised amid US baby formula shortage
How To Murder Your Husband author on trial for murder of husband
Gardaí launch investigation into Kildare car being hijacked with woman inside
Gogglebox fans show an outpour of support for star after hospital picture
A Derry Girls star made an appearance in Conversations with Friends last night
Viewers in bits over emotional Derry Girls finale special
You may also like
1 month ago
Go North: 10 fab things to see and do in Northern Ireland this spring
1 month ago
Man arrested after woman killed in Antrim road crash
1 month ago
You can now go on a Derry Girls day-tour
1 month ago
GAA player in induced coma after car accident in LA
3 months ago
PSNI issue warning over image based sex abuse scam
4 months ago
Northern Ireland introduces new Covid-19 restrictions
Next Page