You'll probably be hearing about some of these over the next year.

Met Éireann, the UK Met Office and the Dutch National Weather Service (KNMI) have unveiled the list of names for the 2022/23 storm season.

The list features names chosen as part of the combined Name Our Storms scheme, which was developed to raise awareness of inclement weather prior to its arrival.

END_OF_DOCUMENT_TOKEN_TO_BE_REPLACED

A storm is named by a National Met Service when Orange or Red level effects are forecast to impact over a wide land area.

These warnings could be for wind, rain or snow or a combination.

Orange or Red level gusts of wind can occur in exposed areas without the event being named.

Met Éireann, along with @metoffice and @KNMI, have announced the new list of storm names for the 2022/23 storm season 👇

Similar to previous years, each weather service has contributed names reflective of their nation and culture, mainly suggested by members of the public. 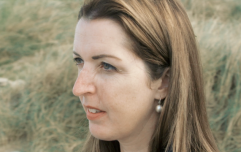 END_OF_DOCUMENT_TOKEN_TO_BE_REPLACED

‘The annual unveiling of the new storm names on 1 September creates greater public awareness and, crucially, during the winter when a storm is named for its potential Orange/Red impacts, it creates a more impactful public ‘call to action’ helping to save lives and property," Cusack said.

"During past storms, the public have responded positively to the advice given by experts and this new roster of names will help us to continue to mobilise everyone to ensure we all work to minimise the effects of future events.”

popular
He may be a politician, but Leo Varadkar's personal life is none of our business
Parents told to stop buying selection boxes for kids- here's why
EastEnders' Samantha Womack "thankful" as she is now cancer-free
Amber Heard appeals 'chilling' $10.3 million Johnny Depp verdict
This Netflix Christmas film is being dubbed the perfect rom-com
Mollie King shares how her daughter's middle name honours her late father
Gwen Stefani reportedly pregnant with baby number four
You may also like
1 week ago
US fast food chain Wendy's planning to open in Ireland
2 weeks ago
Calls to remove 'inhumane' 12-week limit on abortion services in Ireland
3 weeks ago
Ireland named as one of the winners at world travel ceremony
3 weeks ago
Bono and Ryan Tubridy are among the "most admired" people in Ireland, apparently
1 month ago
Body of man discovered in "unexplained circumstances" in Monaghan
1 month ago
Solar eclipse to take place over Ireland this week
Next Page