Gardaí arrested an on-duty fireman over the weekend on suspicion that he was drink driving.

The fireman in question was reportedly returning from an emergency incident at midnight when he was stopped by Gardaí to complete a roadside breath test.

According to the Irish Daily Star, the fireman who was driving a fire truck subsequently failed the test and was arrested and issued a fine. 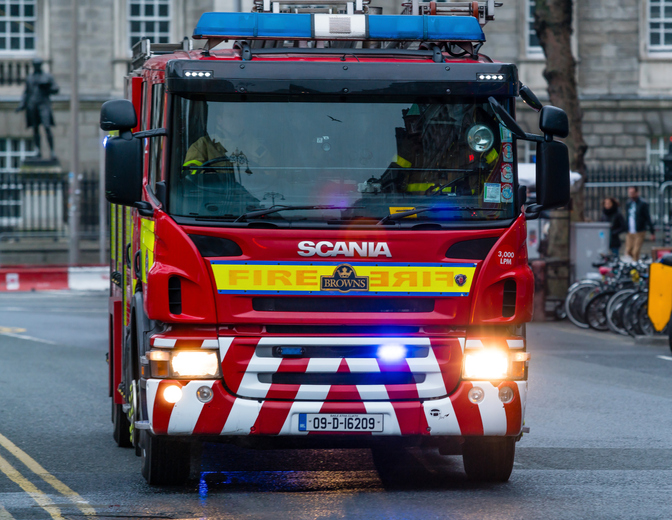 In a statement to The Irish Sun concerning the incident, a spokesperson for An Garda Siochana said:

"I can confirm that a person was arrested on suspicion of driving under the influence while driving a fire truck.

"A Fixed Charge Penalty Notice (FCPN) will be issued in relation to this matter."

The Gardaí are currently investigating the situation and told the paper that they will take "appropriate action" and deal with the incident in a way that's "fair and equitable".


popular
'That’s the most honest answer': Skeet Ulrich reveals why he is leaving Riverdale
Gwen Stefani reportedly pregnant with baby number four
Debby Ryan got married and her dress was absolutely stunning
So, William and Harry have a step sister... and who knew?
QUIZ: How well do you remember Angus, Thongs and Perfect Snogging (the movie)
Someone has ranked the penis size of men from all over the world
The Fast and Furious collection has been added to Netflix, so we've ranked them all
You may also like
2 days ago
5 years since Marriage Equality: 5 things we still need to achieve
3 days ago
Victoria's Secret to permanently close 250 stores across the US and Canada
3 days ago
Met Éireann issues weather warning for three counties
4 days ago
Aldi donates 100,000 face masks to charity amid #Covid-19 pandemic
4 days ago
#Covid-19: Social distancing "could last years", says Holohan
4 days ago
Johnson & Johnson to stop selling talc baby powder in US and Canada
Next Page