Gardaí find "no evidence" of needle spiking in Irish nightclubs

There has been an increase in reports.

Gardaí have found no evidence that needle spiking has occurred in Ireland after an investigation into multiple claims of people being drugged this way in nightclubs last year.

When nightclubs reopened briefly in 2021, there were 39 reports of "spiking by injection" to the Gardaí, with none being reported so far in 2022 since the nightclubs opened again last week. 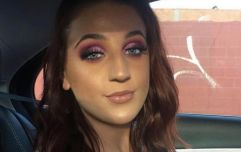 END_OF_DOCUMENT_TOKEN_TO_BE_REPLACED

The Irish Examiner has revealed that while investigations remain ongoing, Gardai are yet to find any evidence of an incident that confirmed substances had been injected by needles.

This news comes after a surge in claims of "needle spiking" occurred in the UK last autumn as many women warned of being spiked by needles or syringes in bars and nightclubs, before the same claims started being made in Ireland.

The symptoms included feeling nausea and dizziness on their night out and finding puncture marks or bruises on their skin the next day.

Kate @joeliveline believes she was ‘Spiked’ with a needle in Galway last Friday #liveline pic.twitter.com/5v57p2OFY7 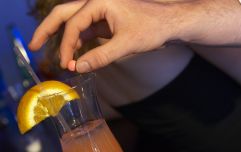 Needle spiking should be treated like "terrorism," UK MPs hear

END_OF_DOCUMENT_TOKEN_TO_BE_REPLACED

As well as incidents here being reported to Gardaí, awareness campaigns were led by students to highlight the danger of needle spiking, with Higher Education Minister Simon Harris describing it as a "worrying phenomenon."

In a statement to the Irish Mirror on Tuesday, a Garda spokesperson said: "An Garda Siochana has confirmed that it has received a number of reports (39 in total), relating to allegations of ‘spiking by injections’, specifically during the last quarter of 2021. There have been no reports to date in 2022. 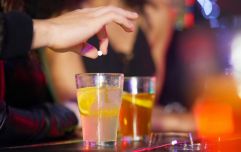 END_OF_DOCUMENT_TOKEN_TO_BE_REPLACED

“An Garda Siochana continues to engage with partner agencies (HSE, HPSC, HPRA) monitoring the current reporting of these matters for any identified patterns. An Garda Siochana does not comment on behalf of other agencies but understands that this pattern has not been identified by medical professionals at this time.”

They added that anyone who has been spiked in any form to come forward and report these incidents.

popular
Traditional names such as Mary, Maureen, John and Michael may soon be extinct
Roz Purcell wants people to stop asking when she’s going to have kids
Young mum packs her bags and travels the world with 3-year-old son
When can we expect the outcome of the Johnny Depp vs Amber Heard case?
Doctors urge women not to follow Kourtney Kardashian's 'semen' fertility advice
The 2 Johnnies share unbelievable catfish ordeal as woman 'targets 40 people'
Husband of school teacher killed in Texas shooting dies of heart attack
You may also like
6 months ago
"I felt like I couldn't speak": Lottie Ryan opens up on spiking experience
7 months ago
Richard Madeley slammed for "victim blaming" after questioning guest who was spiked
7 months ago
Imelda May highlights the problem with the "don't get spiked" message
7 months ago
Woman warns of new spiking method that landed her in hospital
3 years ago
More and more people are reporting having had their drink spiked
3 days ago
DSPCA urge public to leave baby birds alone
Next Page