Gardaí are currently investigating the "unexplained" death of a woman who was discovered in an apartment in Co. Monaghan.

The woman's body was discovered at the home in the Lakeside Walk area of the town in the early hours of Wednesday morning and emergency services were called to the scene at around 2am. 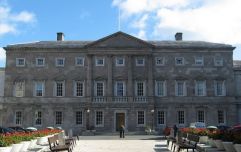 END_OF_DOCUMENT_TOKEN_TO_BE_REPLACED

The woman, who believed to be in her 40s, was pronounced dead at the scene and it has been since sealed off.

The local Coroner has been notified and the State Pathologist has been called as well as officers from the Garda Technical Bureau.

A post mortem is expected to happen in the coming days.

A garda spokesman said: "Gardaí are currently treating as ‘unexplained’ the death of a woman (40) whose body was discovered in an apartment at Lakeside Walk, Monaghan in the early hours of Wednesday 19th January, 2022.

"The results of a post-mortem examination will determine the course of a Garda investigation in the case.

popular
Traditional names such as Mary, Maureen, John and Michael may soon be extinct
Young mum packs her bags and travels the world with 3-year-old son
Roz Purcell wants people to stop asking when she’s going to have kids
When can we expect the outcome of the Johnny Depp vs Amber Heard case?
Doctors urge women not to follow Kourtney Kardashian's 'semen' fertility advice
The 2 Johnnies share unbelievable catfish ordeal as woman 'targets 40 people'
Two My Chemical Romance fans get engaged at Dublin gig in viral TikTok
You may also like
3 weeks ago
Presumed-dead woman bangs on own coffin during funeral
1 month ago
Tributes paid to young Cavan GAA player Leah Farrelly
2 months ago
Gardai arrest man in his 40s after Cork stabbing
2 months ago
Gardaí investigate Wexford home after the discovery of young man's body
3 months ago
Oscar-nominated actress Sally Kellerman dies, aged 84
3 months ago
My 600lb Life's first transgender star has died aged 30
Next Page