Gardaí have put out an appeal for any information on missing teenager Danny Coffee.

The 14-year-old has been missing for two weeks and Gardaí are asking members of the public to contact them in they know anything about the Cork teenager's whereabouts. 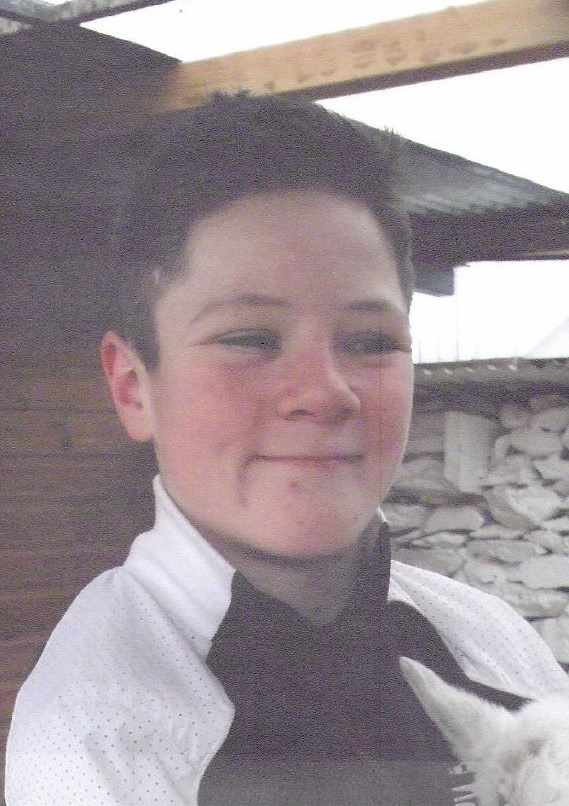 Gardaí in Mayfield, Cork wish to seek the public assistance in tracing the whereabouts of 14-year-old Danny Coffee who is missing from Glanmire, Cork.

Danny was last seen on the afternoon of Wednesday 8th May 2019 at Ryans Supervalu, Hazelwood, Glanmire.

Danny is described as being 5’ 5’’ in height, medium build, brown hair and green eyes. When last seen he was wearing a black tracksuit and white runners.

Anyone who has seen Danny or who can assist in locating him is asked to contact Mayfield Garda Station on 021 - 4558510, The Garda Confidential Telephone Line 1800 666 111 or any Garda Station.

popular
10 Dublin restaurants with outdoor areas we'll be hitting up for the next 3 weeks
WATCH: Simone Biles just did a triple backflip, a move not even recognised in women's gymnastics
Mars to change name of Uncle Ben’s rice to Ben’s Original
WATCH: Netflix to release documentary on the Watts family murder
The Christmas movies TV channel is launching this week
New documentary sheds light on hidden sexual violence of the Irish revolution
Someone has ranked the penis size of men from all over the world
You may also like
5 days ago
Netflix's Cheer star Jerry Harris arrested on child sex images charge
2 weeks ago
Lupita Nyong'o pens beautiful tribute to Black Panther co-star Chadwick Boseman
2 weeks ago
Dublin Rape Crisis Centre helpline sees "significant surge" in calls, according to new report
2 weeks ago
Changes planned for universities after Aoibhinn Ní Shúilleabháin's sexual harassment
2 weeks ago
Renewed information appeal on 21st anniversary of murder of Raonaid Murray
2 weeks ago
11-year-old girl seriously injured following traffic collision in Co Limerick
Next Page